To The Max by Kieron Johnson 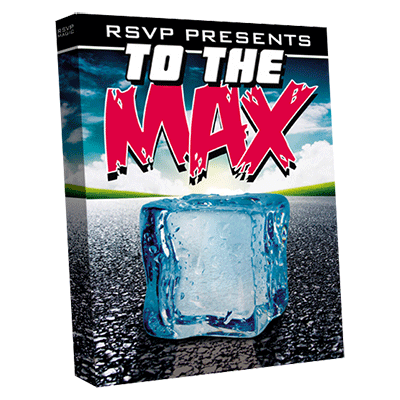 Imagine producing a block of solid Ice at aby time during your act! That’s right. At any time hold out the spectator’s hands and produce,

from nowhere, a block of Ice in their own hands! This is stunning magic that is sure to be a reputation maker!

Imagine taking a coin, having it signed and without any funny moves, freeze it into an Ice Cube. That’s right the signed coin in the Ice Cube! Crushed and then given back to the spectator to check!

Finally this is made possible using Kieron Johnson’s unique holder that allows you, for the first time produce the same block of Ice multiple times during walkaround performances. This holder is made of a material that will keep the ice from melting and allow you to use it multiple times. Kieron has been using this in his act for many years and is finally releasing the method, technique and most importantly the special holder for the first time. A real reputation making routine.