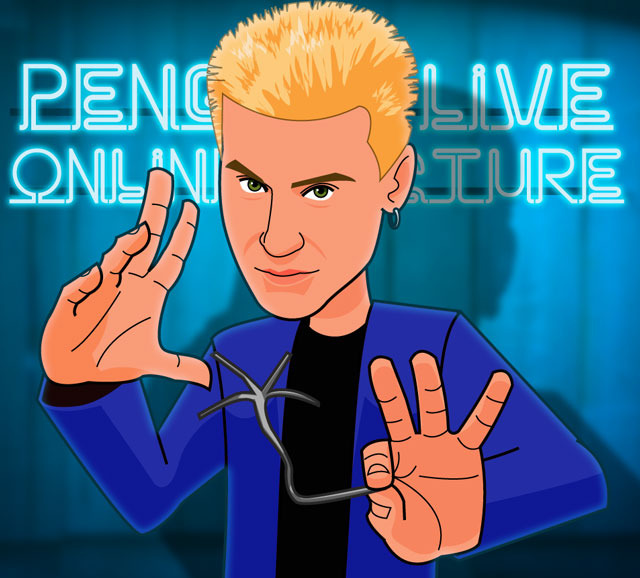 As a magician, Morgan is a true enigma. As a magical thinker, he is in a league of his own. His artistry is not one which can be labeled or

“Morgan has taken a fork bend into an area I never have dreamed possible.” -Banachek

“If I wanted to bend a fork, this is what I would want to do.” -Paul Harris (on Liquid Metal)

“Like the ‘Liquid Silver’ in his hands, I witnessed Morgan bending people to his will all night long at the Bellagio Hotel in Las Vegas.” -Gregory Wilson

Morgan is viewed as one of the world’s leading experts and performers in the field of PsychoKinetic magic, also known as PK. Using only the power of the mind, PK is the ability to physically alter or affect various objects. For example, Morgan uses this extraordinary “gift” to bend forks, coins, and keys, as well as force items to move without logical explanation.

These special talents have enabled Morgan to become one of the most sought after performers in the world. He has performed exclusive engagements at premier celebrity “hotspots”, such as Pure at Caesar’s Palace, Body English at the Hard Rock, Caramel Lounge at Bellagio, and V Bar at the Venetian.

Currently, Morgan is immersed in preproduction, design, and planning for a future television special and nightly live show.

If you’ve never been to a magic lecture, theres never been a better time. Sunday April 7th at 7:00pm, were live-streaming Morgan Strebler in a spectacular 2-hour interactive online lecture. Watch, ask questions and learn things you won’t find in any book or DVD.