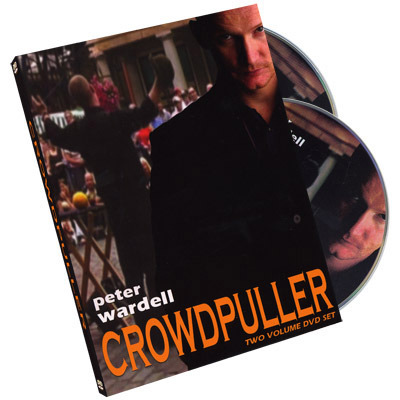 “The street is where it all began both historically and personally. I’ve spent over fifteen years making a living performing magic to crowds that didn’t know they were going to be a crowd. Providing the unexpected to the unsuspecting. Shakespeare said “All the world’s a stage” and if the police don’t stop you then that’s pretty much true. No matter where in the world I’ve been, and I’ve been around, no matter what language people speak, the magic works” – PETER WARDELL

JOIN ONE OF TODAY’S FINEST STREET MAGICIANS AS THIS UNIQUE DVD SET TAKES YOU ON A JOURNEY INTO THE WORLD OF REAL STREET MAGIC.

END_OF_DOCUMENT_TOKEN_TO_BE_REPLACED No one saw him coming…

In 1994, England’s Steve Bedwell made the trip to Orlando, Florida to compete in the Close-Up competition. When the dust settled, not only had Steve won First Place, but his act was so highly regarded that the judges awarded him the coveted Gold Cups, an honor bestowed on only a very select few in the history of magic.

On Steve Bedwell – TAPED! you will witness the very act Steve used to win the Gold Cups – The Walkman Act! You will also see a hilarious, 20-minute set showcasing Steve’s hottest magical

END_OF_DOCUMENT_TOKEN_TO_BE_REPLACED

A deck is completely shown to the audience. The only problem is that it contains only black cards. Suddenly， all the cards change to red， and then the deck turns blank! Finally， the cards return to normal… I use this all the time to open up a series of card effects.

END_OF_DOCUMENT_TOKEN_TO_BE_REPLACED

Listen to your audience

END_OF_DOCUMENT_TOKEN_TO_BE_REPLACED

For 25 years, Mark Leveridge has been a professional magician earning his living by performing, lecturing and selling his exclusive creations to the magic world through his business, Mark Leveridge Magic. Every single year during that time, Mark has produced a range of new, original ideas and products and so has amassed a solid body of work covering close-up, stand-up, mentalism and even children’s effects. Because Mark is a performer, his magic usually has a commercial bias and his routines and methods are designed to be practical and workable. The effects on these DVDs reflect Mark’s approach and attempt to provide all viewers with magic which they will genuinely enjoy and use in the deck with a red back!

END_OF_DOCUMENT_TOKEN_TO_BE_REPLACED 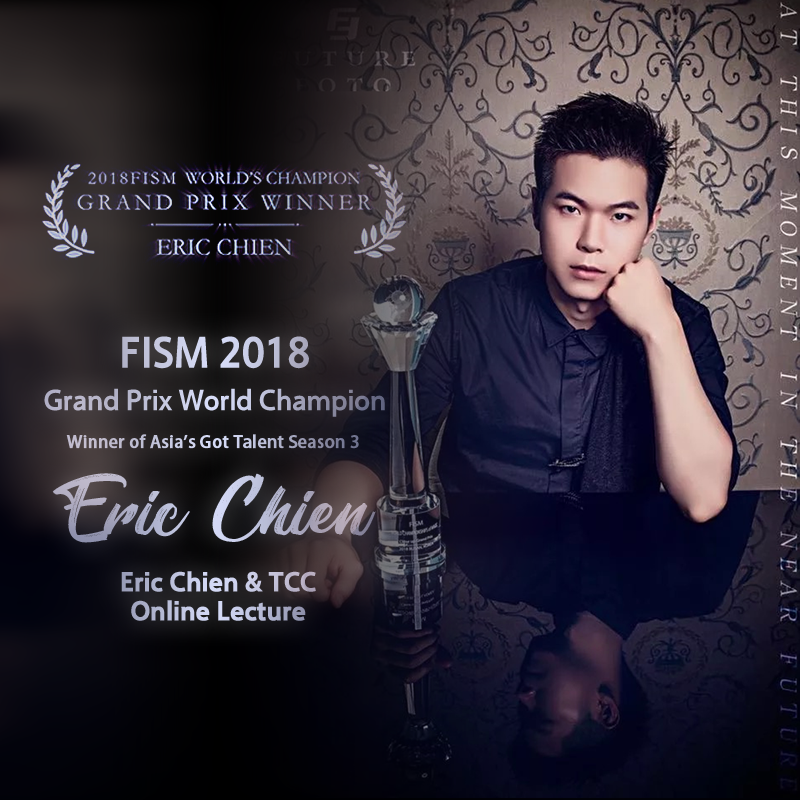 From a busker on the streets of Canada to being a finalist on America’s Got Talent.

From being an unknown magic enthusiast to becoming the FISM 2018 Grand Prix Winner and the Winner of the Third Season of Asia’s Got Talent.

This is Eric Chien.

In this lecture, Eric will teach you his techniques and routines down to the finest detail, be it card, or coin magic. These are all captured in great visual detail.