With more than 40 years performing together, Penn & Teller have sold out shows around the world, earned a star on Hollywood’s Walk of Fame, and created the longest-running headline act in Las Vegas. Now the legendary magicians are taking you behind the curtain. Learn fundamental magic tricks and the psychological

END_OF_DOCUMENT_TOKEN_TO_BE_REPLACED

Magic of Steve Darci by Steve Dacri – No Filler (3 DVD)

Steve Dacri’s 30-year career has included such milestones as headline performances at Radio City Music Hall, showrooms in Las Vegas, Atlantic City and Monte Carlo, and television appearances which include “The Tonight Show”, “Good Morning America”, “The Merv Griffin Show”, “That’s Incredible” and many, many others. Steve has also worked extensively in the trade show industry, putting his expertise to work for numerous corporations.

He performed in his own one-man show, “Xtreme Close-up Magic” at the Imperial Palace in Las Vegas after six years as a headliner at Caesar’s Magical Empire. Also, Steve just recently completed his 30th year of performing at The Magic Castle.

END_OF_DOCUMENT_TOKEN_TO_BE_REPLACED

Rune’s World The Magic of Rune Klan by Joshua Jay

Rune’s World is a departure from any magic book you’ve read. Part instruction, part theory, part graphic novel, this new volume by Joshua Jay will challenge you to think in new ways, about new possibilities with your magic.

Rune Klan is the most famous magician you’ve never heard of.

END_OF_DOCUMENT_TOKEN_TO_BE_REPLACED

BECOME BULLETPROOF WITH AN UNUSED UTILITY THAT YOU ALREADY OWN.

Justin Miller is back with the definitive guide to sleeving, combining over 30 years of self-taught experience and knowledge. Justin Miller brings you the tools to becoming a master sleever, packing in three decades of tried and tested tips, tricks, and ideas into an extensive two-hour tutorial.

“It’s a secret assailant to murder your audience. That’s what sleeving is.”

END_OF_DOCUMENT_TOKEN_TO_BE_REPLACED 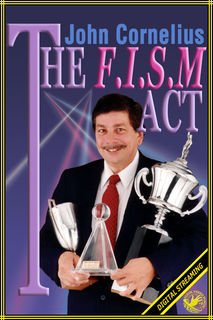 John Cornelius is one of the most creative magicians in the world and the first American to win a F.I.S.M. World Championship of Magic competition (First Place in Close-Up, 1979). In 1985 he decided to enter the card division and once again won first place. For that competition, he designed a very special act titled “Every Card Trick In The World In Under Ten minutes.”

The video begins with John performing his award-winning act at the Magic Castle and then going to a studio where he teaches the multiphase act that is full of startling and visual card magic. You will learn the entire act in great detail as he teaches you how to construct the props, setup the act and perform all the effects and techniques. The video ends with an interview with John where he discusses how he ended up entering and winning his first FISM award.

END_OF_DOCUMENT_TOKEN_TO_BE_REPLACED

“A fantastic work!!.  Slydinis techniques taken to the stage in a very personal and creative way ” Hector Mancha.

“From Slydini to Miguel Muñoz, a journey full of magic, imposible, power and beauty.”  Gea

“Miguel is a world class magician and a juggler. He approaches ball manipulation in a way never seen before. A truly inspiring work” Pipo Villanueva.