At The Table Live Lecture by Kainoa Harbottle 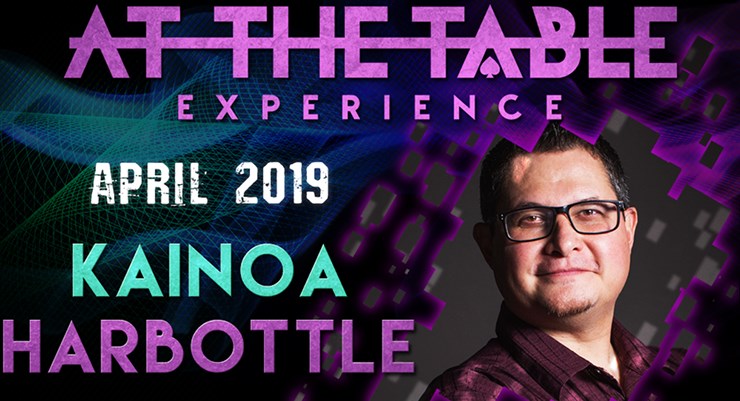 You might remember his strange name from Palms of Steel or the New York Coin Magic Symposiums, seen him online at Reel Magic Magazine, or read his column in the pages of Genii. No matter how you know Kainoa Harbottle’s material, you also know he brings with him an engaging personality, an off-beat sense of humor, and some of the cleanest coin magic you will ever see.

Originally hailing from Honolulu, Hawaii, Kainoa grew up “in the trenches,” performing close-up magic in the hotels of Waikiki and the outer islands. He eventually moved to Los Angeles, where he was a Junior Member at the Magic Castle, and then headed further east, teaching for over a decade in the University of Delaware’s English and Theater Departments while finishing a

END_OF_DOCUMENT_TOKEN_TO_BE_REPLACED

At The Table Live Lecture by Josh Janousky 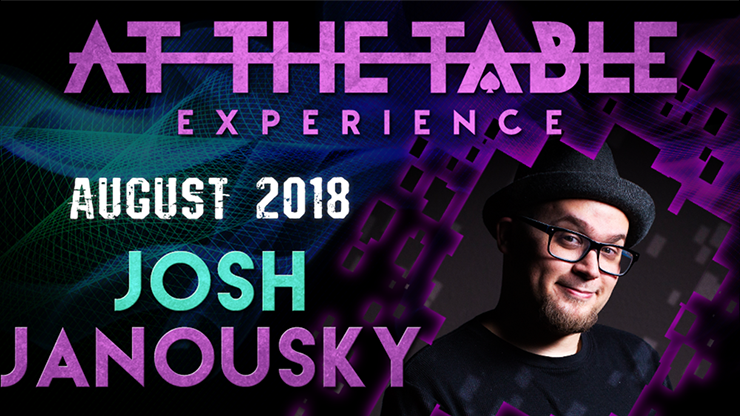 A rising star in magic, Josh Janousky has earned a reputation for sharing material that is both extremely clever and highly workable. Josh’s magic can be found in the working repertoires of many industry legends and has been tested in real world situations thousands of times! At just 27 years old, he has taken the world of magic by storm and shows no signs of slowing down. Let us welcome Josh Janousky in this unique, never-to-be-repeated experience At The Table! Some of the things you’ll learn:

IG: Josh’s hit Instagram prediction with new handlings and ideas. Predict anything about your spectator, months in advance.

END_OF_DOCUMENT_TOKEN_TO_BE_REPLACED

At The Table Live Lecture by Ryo October 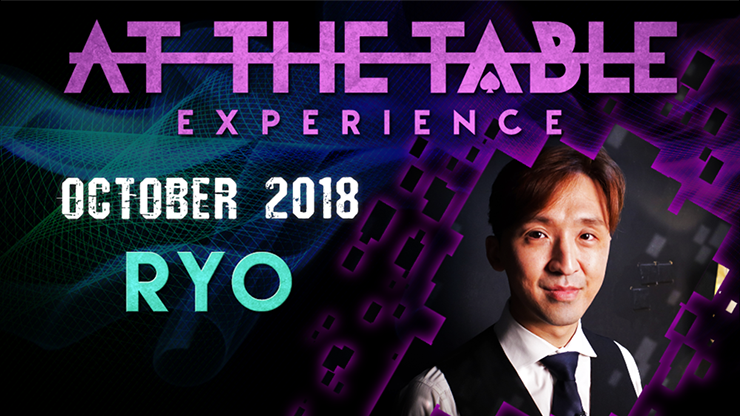 Ryo is a mentalist from Busan, South Korea, a city that’s produced some of the world’s best magicians. He performed as the Master Magician at Korea’s best magic bar, “Trick,” for over 10 years. Since then, he’s extended his performances to TV appearances, which has only added to his popularity in the Korean market. After you’ve seen him perform, you’ll understand why all Korean magicians say, “THAT’S Ryo.” He holds lectures and special classes regularly throughout the year, and it’s always sold out to aspiring magicians. His techniques, his patter, and his understanding of mental magic has no limits and will surely amaze you, and you’ll learn it right here, At The Table. Here’s what you’ll learn:

END_OF_DOCUMENT_TOKEN_TO_BE_REPLACED

At The Table Live Lecture by Kimchi 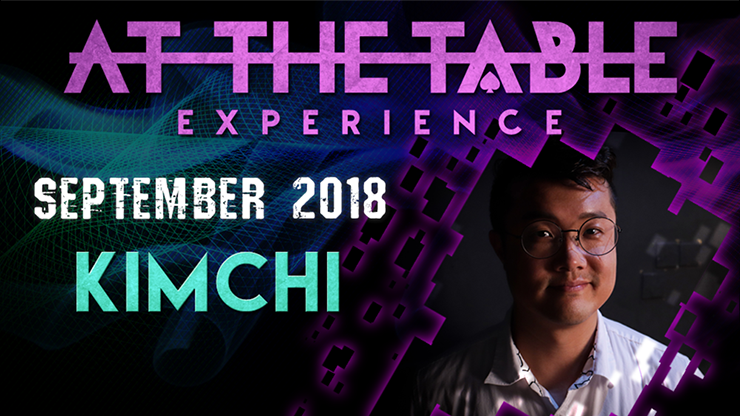 When people talk about the best coin magician in Korea, they talk about Kimchi. When first starting out, he showcased his skills at the biggest magic convention in Korea, BIMF. As the go-to coin magician, Kimchi brings his unique style of magic to the At The Table lecture series. His magic is not just visual on camera, but in close-up as well. Join us and be mesmerized by Kimchi for this At The Table lecture. In it, you’ll learn:

END_OF_DOCUMENT_TOKEN_TO_BE_REPLACED

At The Table Live Lecture by Fernando Figueras 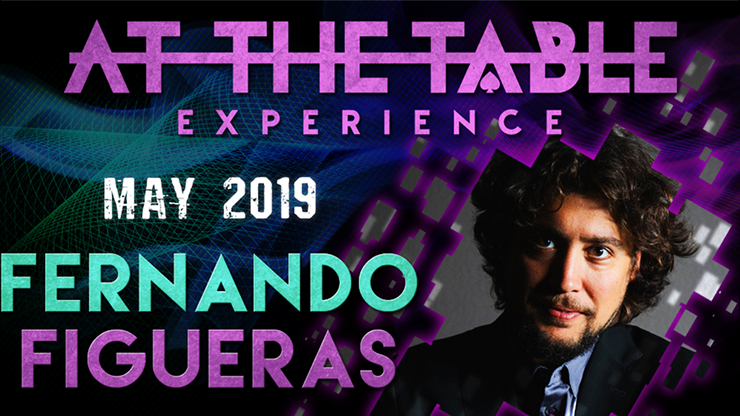 “Fernando is a beautiful devil and a wickedly good entertainer, combining the best of the Spanish School of Magic and his shining devious mentalism.”
– Kiko Pastur

“Fernando is a place with many corners and nooks. Intelligent and literate as his mentalism. Interesting and playful as his ideas. And powerful and fresh as his life. All of this can be felt in each of his acts.”
– Miguel Ángel Gea

END_OF_DOCUMENT_TOKEN_TO_BE_REPLACED

At The Table Live by Jonathan Friedman 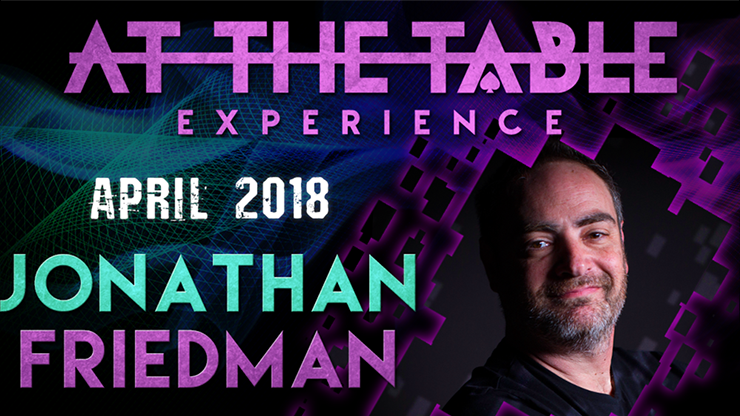 As a professional musician turned magician and author, Jonathan Friedman knows how to engage an audience and garner rave reviews. He’s the winner of the 2015 Vanishing Inc “Trickie” Award for Best Magic Book, The 80’s Called… They Want Their Magic Back Vol. One, and author of the upcoming The Magic of Jonathan Friedman: The Musical! You won’t want to miss this lecture! On this edition of At The Table, you’ll learn:

Time Passages: A BRAND NEW concept that allows you to accurately predict or reveal a spectator’s freely-selected time of the day or night in an ultra-visual way!

END_OF_DOCUMENT_TOKEN_TO_BE_REPLACED

At The Table Live by Brandon David

One half of the duo that brought you the wildly popular Envy-lope effect, Brandon David is a creative tour-de-force. In his lecture, Brandon brings over 4 hours of killer visual eye-candy that you’ll be thrilled to perform. These are unique signature pieces that Brandon has kept for himself until we finally convinced him to release them just for this lecture. Come join us as we welcome Brandon David for his first online lecture ever. Here’s what you’ll learn:

2 Card Transpo: Two signed cards impossibly change places in the spectator’s hands. This is an easy-to-make utility gimmick that will allow you to switch playing cards, bills, business cards,