At The Table Live Lecture by Danny Archer Danny Archer started doing magic as a hobby when he was 29 years old and has since circled the globe with his highly sought-after lecture. Danny runs the largest mentalism convention, MINDvention and has been a cornerstone in the mentalism community ever since. His material has appeared in publications like; MAGIC, Linking Ring, Genii, Channel One, MUM, Infinity

END_OF_DOCUMENT_TOKEN_TO_BE_REPLACED

At The Table Live Lecture by John Carey 2 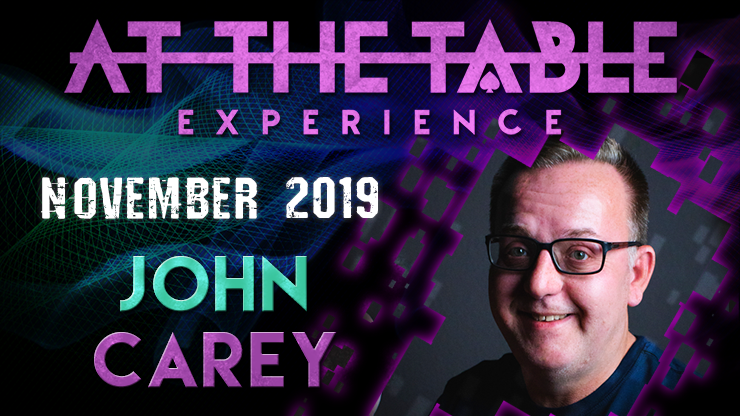 This month we are delighted to bring back United Kingdom’s John Carey, At The Table! Many of you will be aware of John’s superb minimalistic approach to card and close-up magic through his 5 critically acclaimed published books, multiple DVDs, and download projects. John has lectured in 17 countries worldwide and carefully cherry-picked 10 outstanding mysteries from his huge repertoire just for you. There is truly something for everyone in this lecture, including many unpublished effects, utilities, and tips to improve your existing magic. All strong, practical, and with the streamlined stamp that has helped John attain his international reputation.

END_OF_DOCUMENT_TOKEN_TO_BE_REPLACED

At The Table Live Lecture by Matt Baker 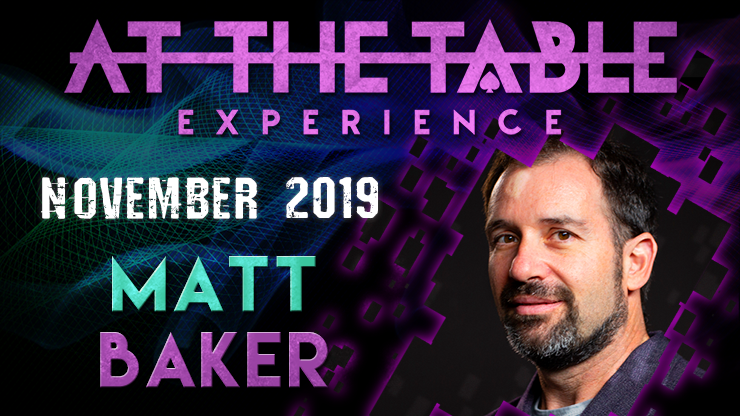 Multiple award-winning magician, Matt Baker, has been performing magic since the age of 10. His original creations have been featured in Genii and The Linking Ring magazines, as well as in his recently released book, The Buena Vista Shuffle Club. In the real world, Matt is a Professor of Mathematics and Associate Dean

END_OF_DOCUMENT_TOKEN_TO_BE_REPLACED 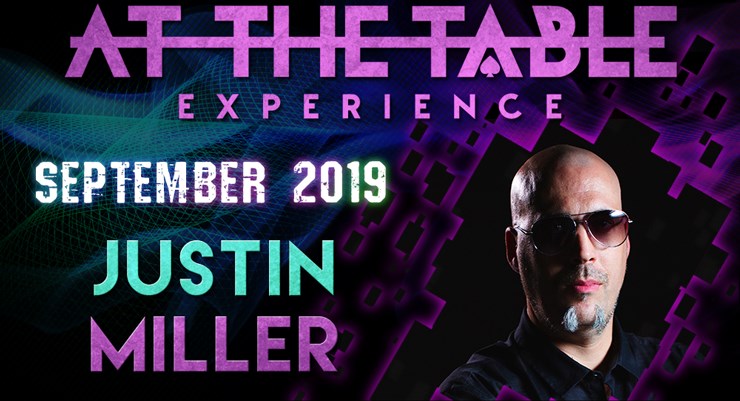 One of magic’s most creative and talented performers returns for his second At The Table Lecture. Justin Millerwill not only explain his go-to routines and workers, but you’ll also get a chance to see him perform in front of a live audience and discuss the effects with our guest star, Eric Ross. You’ll learn audience management skills, tips on cleaning up your magic and how to make your sleights imperceptible. You do not want to miss this gold-mine of a lecture. Join us as we welcome Justin Miller for his 2nd At The Table Lecture.

END_OF_DOCUMENT_TOKEN_TO_BE_REPLACED 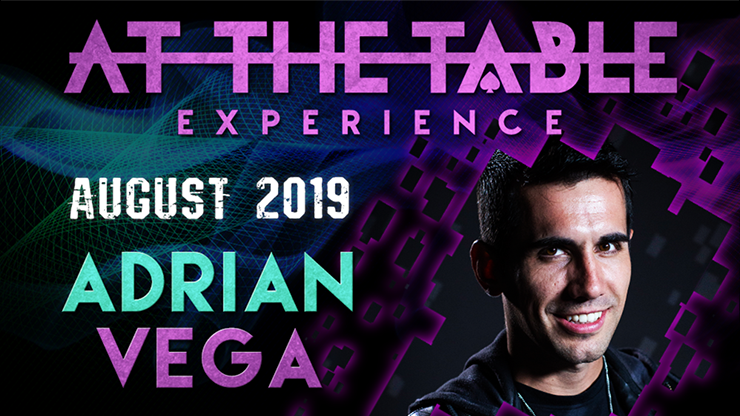 Adrian Vega is a multi-award-winning magician and teacher in the prestigious Spanish School of Magic. While Adrian was releasing hit effects like “SCAANDAL” and “Profiteer,” he was also consulting and performing for Criss Angel’s hit show, “The Supernaturalists.” His evident passion for magic is contagious and will rub off on you and your own performances. Adrian shares his tried-and-tested card material that has taken him all over the world. There’s something here for all skill levels, as well as tips and sprinkled theory, to raise and strengthen your magic to the next level. Join us as we welcome Adrian Vega for his lecture At The Table! Here’s what you’ll learn:

4 For CAAN: Card At Any Number that is so ingenious, the method hides in plain sight.

New Deck Stab: Stab a deck of cards that is inside a tuck case and pull out just the spectator’s chosen card.

Homenaje a Carroll: A gimmickless variation on the Three-Card Monte, but with more cards!

Snap Apparition: A really clever snap change that shoots a card out of the middle of the deck.

Palming Techniques: Adrian gives away his secrets to palming.

END_OF_DOCUMENT_TOKEN_TO_BE_REPLACED

At the Table Live Lecture Spidey

Mentalist, Hypnotist, Magician and all around creative genius Spidey stops in for his very first and exclusive Live Lecture! Come see some never before taught effects by one of the hardest working and busiest performers today! Besides his countless releases in the magic community (Scar, Spectre, Psycho etc…) he’s been busy appearing on national TV from the Finals on Tru TV’s Fake-off to Penn & Teller’s Fool us! Join us as we talk about everything from stage mentalism to close-up miracles, you won’t want to miss it!

END_OF_DOCUMENT_TOKEN_TO_BE_REPLACED

At The Table Live Lecture by Kyle Purnell 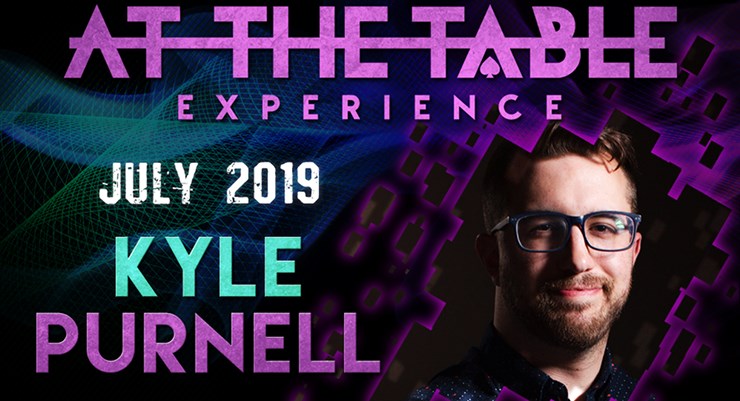 Kyle Purnell is a unique force in the magic community, creating practical methods and engaging effects with the close-up worker in mind. His current creations have gained widespread distinction from some of the most well-respected names in magic. Kyle is the resident magician at “The Grand Illusion,” the premiere magic-themed hard cider and wine bar located in Carlisle, PA where he performs strolling magic every week. In this