The Ultimate Turnover by Doc Docherty 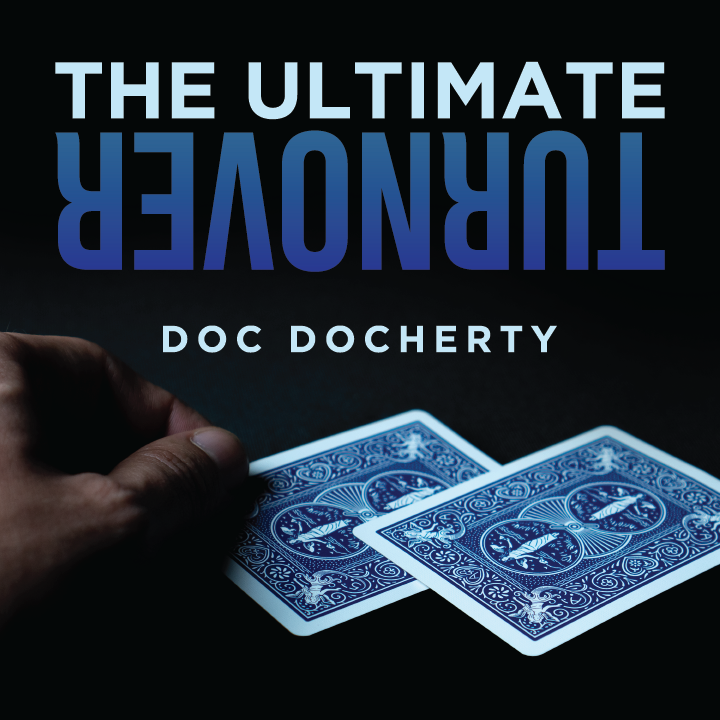 Believe it or not, this trick uses an ordinary deck!

A card is selected and signed by the audience. They thoroughly examine the card box before their signed card is placed inside. The Ace of Spades and the Two of Hearts are placed on opposite sides of the table. With a magical gesture the Ace and the Two change places. To keep things fair a joker is used to turn them face up and confirm they have actually swapped. With one more magical

gesture, it is revealed that the joker that was used to turn over the Ace and the Two has transformed into the signed selection that was placed in the box. When the box is checked the joker is found inside.

Doc Docherty has a reputation for taking moves other magicians are afraid of and making them beautiful and easy to learn. He’s taken the Mexican Turnover to new heights, making it more convincing and deceptive than ever before. You’ll not only learn Doc’s signature transposition effect, but also the real secrets behind this incredibly useful utility move. This is The Ultimate Turnover by Doc Docherty.