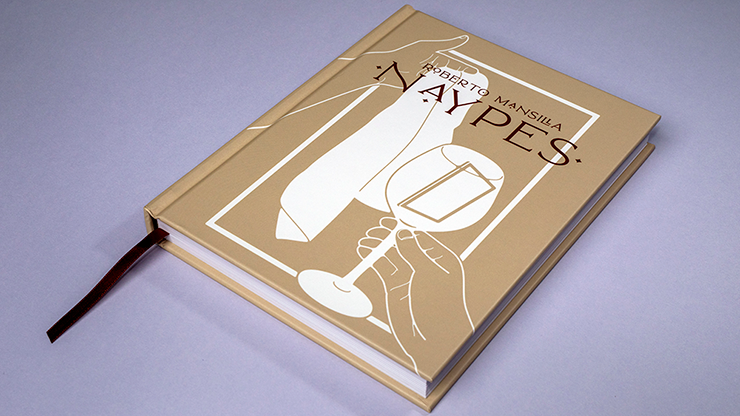 Vanishing Inc. has partnered with revered Spanish magician Robert Mansilla to translate and re-publish his critically-acclaimed book “Naypes” in English.

A masterful treatise in parlor card magic, this remarkable text offers a perfect blend of routines and essays that will teach you how to truly create truly compelling and engaging card effects for the oft-neglected medium-sized parlor audience.

For example, “Eureka” is an artful and intellectual approach to the Any-Card-At-Any-Number plot designed exclusively for a parlor audience. While there have been enough ACAAN routines

published to last a lifetime, very few have been designed to effectively operate outside of a close-up setting. “Eureka” has been carefully built from the ground up to suit a salon style performance and you’ll want to add it to your set immediately.

“Outstanding”, Mansilla’s take on the “Out of this World” plot, gets everyone involved and solves the problem of people in the back of a parlor audience feeling neglected or disconnected from your routines.

The appropriately named “Card in Envelope” is a powerful and direct routine that has been meticulously modified to ensure this classic of close-up magic can thrive among a larger audience.

This is just a small sample of the 12 professional routines and three lengthy essays featured in this gorgeous 174-page hardback book. This is a must-read for any card magician looking to expand the potential of their card magic.