Her Card His Card by Cody Fisher 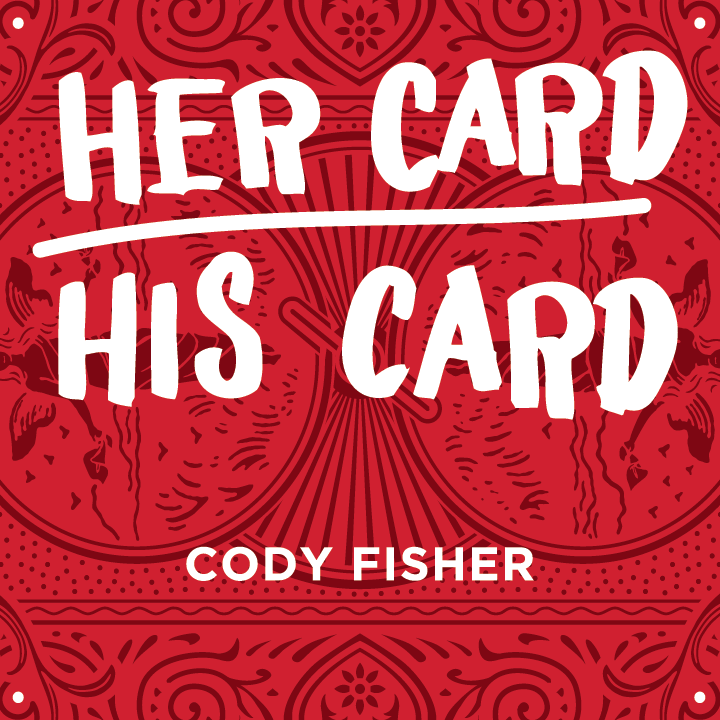 Straight from the working repertoire of one of the most in-demand working magicians in the world, this handling of the Chicago Opener has a transforming ink kicker ending that your audience will never see coming. The best part is that the custom-made gimmick can be examined at the end of the trick. This is Her Card His Card by Cody Fisher.

A member of the audience selects a card, and she can then return it to the deck. The magician tells the audience it will be easy to find her card because it is marked. The deck is spread, and the

words “Her Card” appear in large bold letters on the back of a card that turns out to be the selection. The card is placed in the magician’s top pocket, and a second card is selected by a different member of the audience, and he returns it to the deck. The magician looks for his card in the deck but can’t find it. Then the magician takes the card that has been sitting in their top pocket and shows that it has transformed into the second selection. Not only has it transformed on the front, but the ink on the back has transformed to read “His Card.” Everything is examinable.

In addition to the gimmick that makes the ink transformation possible, Cody teaches you multiple routines from his working repertoire. Her Card His Card is extremely easy to do. The clever gimmick not only allows you to transform the ink on the back of the card, but Cody teaches you a visual transformation your audience will love. Make your next card Her Card His Card by Cody Fisher.

Tags Her Card His Card by Cody Fisher