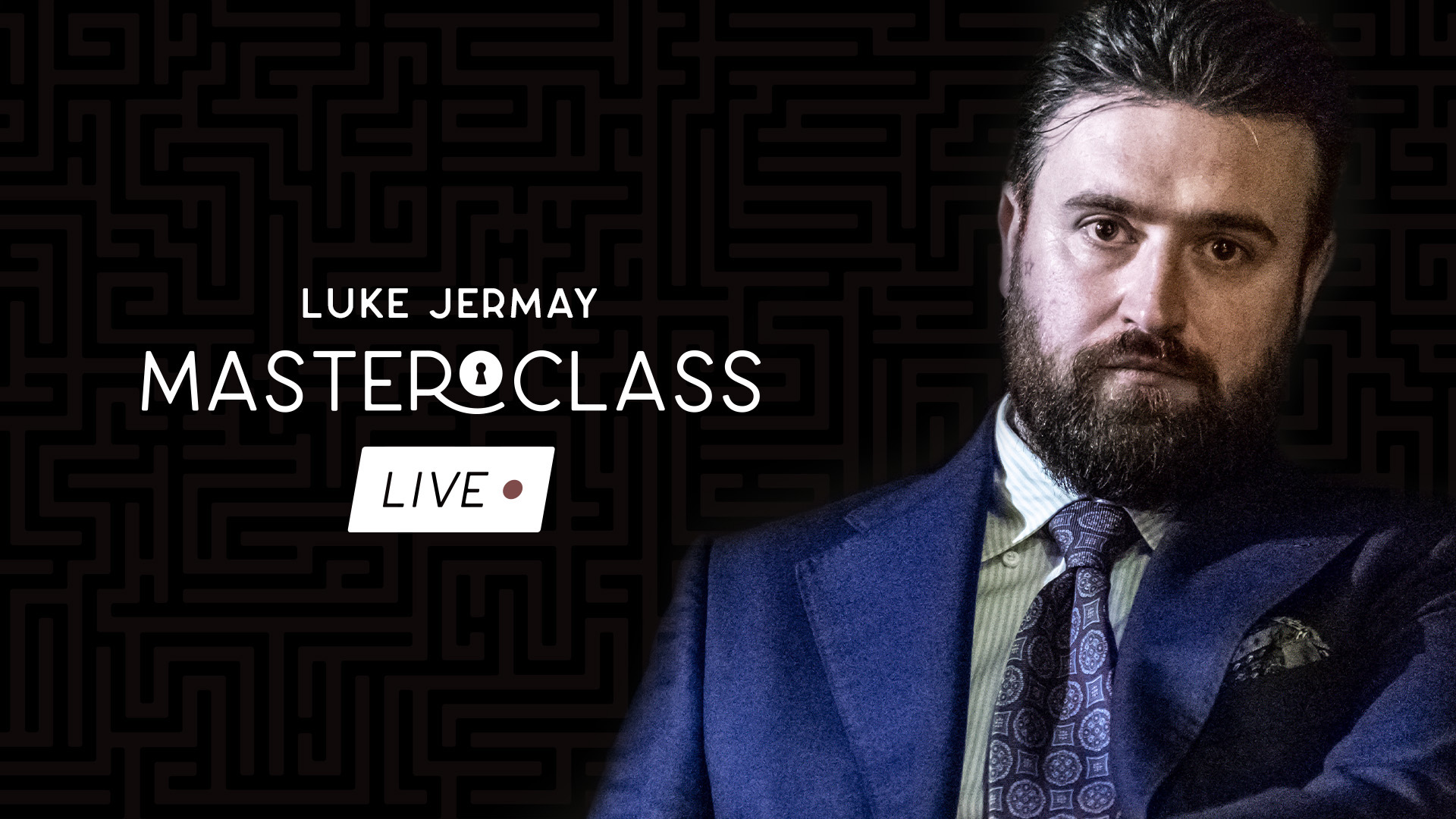 Widely considered one of the leading minds in mentalism, Luke Jermay is a creative force. He has consulted for some of the biggest names in magic, and has appeared on the biggest stages all over the world with his mindreading show. Luke is also considered one of the finest teachers in our industry, with a knowledge base that is as wide as it is deep. Luke will cover a host of mentalism routines that can be done informally, or for small groups. His published body of work has focused particularly on large-scale mentalism designed for theaters. Here, he takes us on a deep-dive of material and thinking that can be applied to smaller performances, and even for friends and family.

Week One: Making A Miracle (August 2nd 2020)
Jermay teaches in-depth his own approach to performing mentalism in a casual close up setting, such as with a group of people in a restaurant, that transforms the experience into a story people can not wait to tell others about. They never forget the night they met the mysterious man who demonstrated a miracle. This is the only way Jermay performs in casual settings and has been honed over years of tweaking and testing. It transforms any trick into a miracle experience.

Week Two: Making A Myth (August 9th 2020)
Jermay shares a radical approach to performing mentalism in a casual setting that aims to produce a myth of mystery and impossibility around the performer. The best thing is this approach never places the performer in the position of “performing” instead these are demonstrations that occur spontaneously. These are the perfect demonstrations to perform when you need to impress a reporter, potential client or just want to produce the feeling that you posses strange and unusual powers without people feeling like you are “performing” Including paying the check with blank paper, memorising the internet and at a distance star sign reveals.

Week Three: Making Real Magic (August 16th 2020)
Jermay discuses and shares his personal pendulum routine. This is the routine that, if he only could only perform one trick for the rest of his life, he would pick. It blends amazingly phenomena in the hands of the spectators with personal readings. A mini show that fits in one pocket.

Included alongside the formal teaching is an open and honest question session and a set of “course notes” for each attendee featuring further reading suggestions, additional tips on the material taught and a short essay on each of the weeks topics.