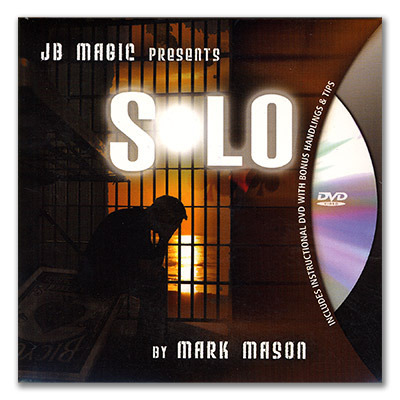 Think inside the box!

A deck of cards are removed from its case. The case is handed out for examination, it is empty.

2 jacks with a hole in the centre are shown both back and front.

Any card is selected, signed and then sandwiched between the jacks. The signed card can be seen at all times through the holes. The cards are spread in a fan, all 3 cards can be seen. In a FLASH the signed card VISUALLY vanishes from the fan.

The card case is opened and the signed card is removed from inside the case.

This has to be seen to be believed, it looks awesome.

A complete sell out at both the blackpool convention and a recent American convention.

Easy to do, resets in seconds,Perfect for any close up situation, precision made gimmicks.

Highest recommendation. This is a real fooler. You will love the clever construction of these props.