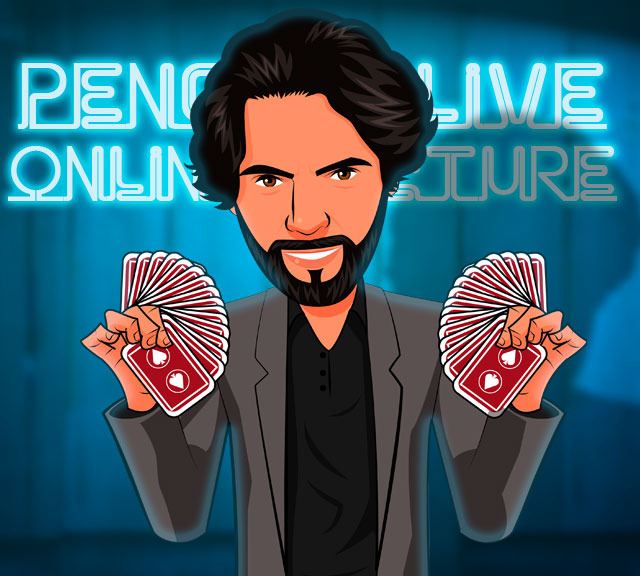 “Kiko is for me the essence of poetic sensitivity in magic. And the originality in their tricks, acts and magical-poetic-musical shows” Juan Tamariz

“When wit, talent, creativity, sensitivity and experience is mixed, we can not expect any other result than that offered by this little genius Kiko. We’re in luck!” Dani DaOrtiz

“If the challenge is the driving force of art, Kiko defies cardmagic. It is very difficult to see, such as pure and organic, a magic that only the timeless quality and risk can achieve.” Miguel Angel Gea

A simple proposition involving two pills, one red, one blue. The magic begins when the red pill vanishes from his closed fist.

Simply blow four cards out of the deck in various strange ways to discover they are the four aces.

Someone chooses an aces and you find all the cards of its suit in order even though the deck has been shuffled. After completely this incredible task, all the cards change to a different suit.

The magician and his helper act as mirror reflections of one another, both performing the same actions, to each produce a four of a kind.

One of Kiko’s signature pieces, he recites a beautiful story filled with captivating images as the cards change to match.

His version of open travelers using no extra card, but a very important invisible assistant who holds the final ace.

And, you’ll learn an incredible version of collectors where three chosen cards, clearly placed into the deck, appear between the aces some distance away.

Plus, a beautiful ace assembly with no gimmicks, an impromptu invisible deck with a borrowed pack, and so much more.