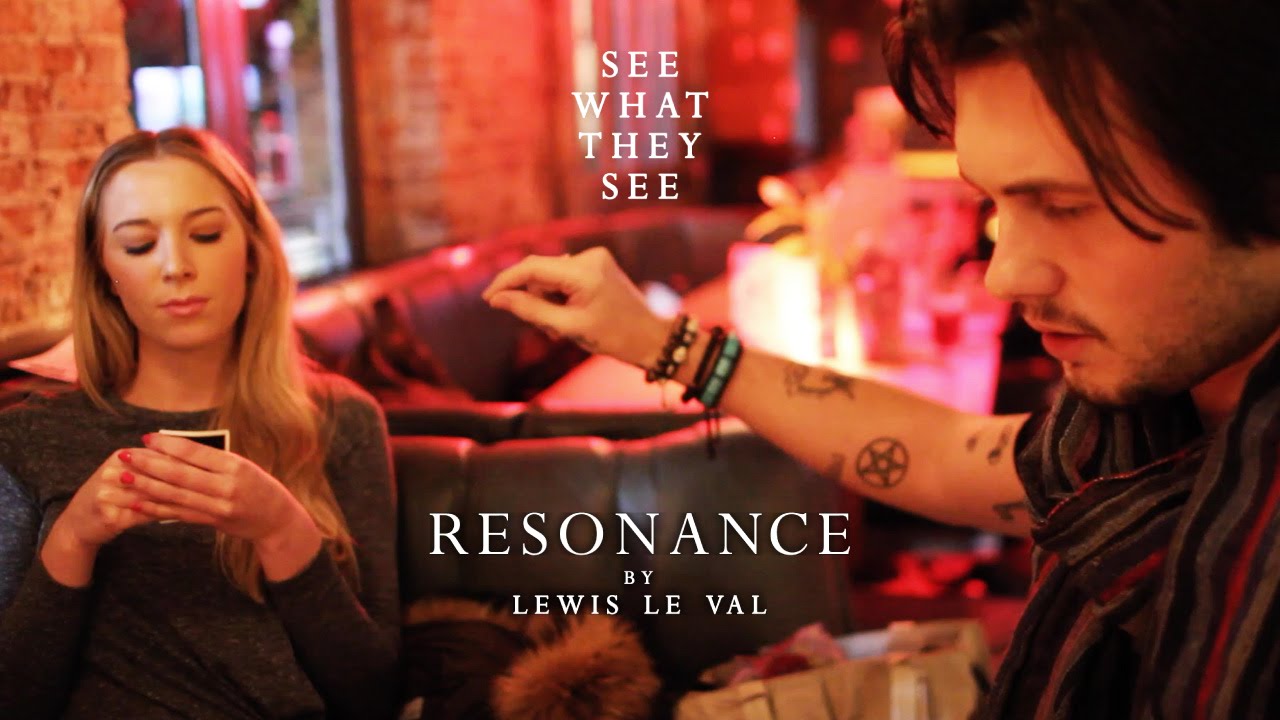 In the late 1970’s the US Army looked into using parapsychology and ‘new age’ powers to provide intelligence to give them a significant advantage over their enemy.

According to Top Secret documents that were leaked recently, Wheaton’s remote viewing skills could readily identify remote locations across space and time… to bring back actual intelligence grade data.

Dangerous power, if in the wrong hands.

Flash forward 37 years and in comes Lewis Le Val. Displaying all the same skills, but admitting to none. The man the US Army wished was real.

Resonance is the ability to see through the eyes of another. Telling them every single card they see, from a chosen suit in a shuffled deck.

– Spectator can shuffle
– Perform with your eyes closed
– No gimmicks needed
The power that Sergeant Wheaton couldn’t prove can be yours.