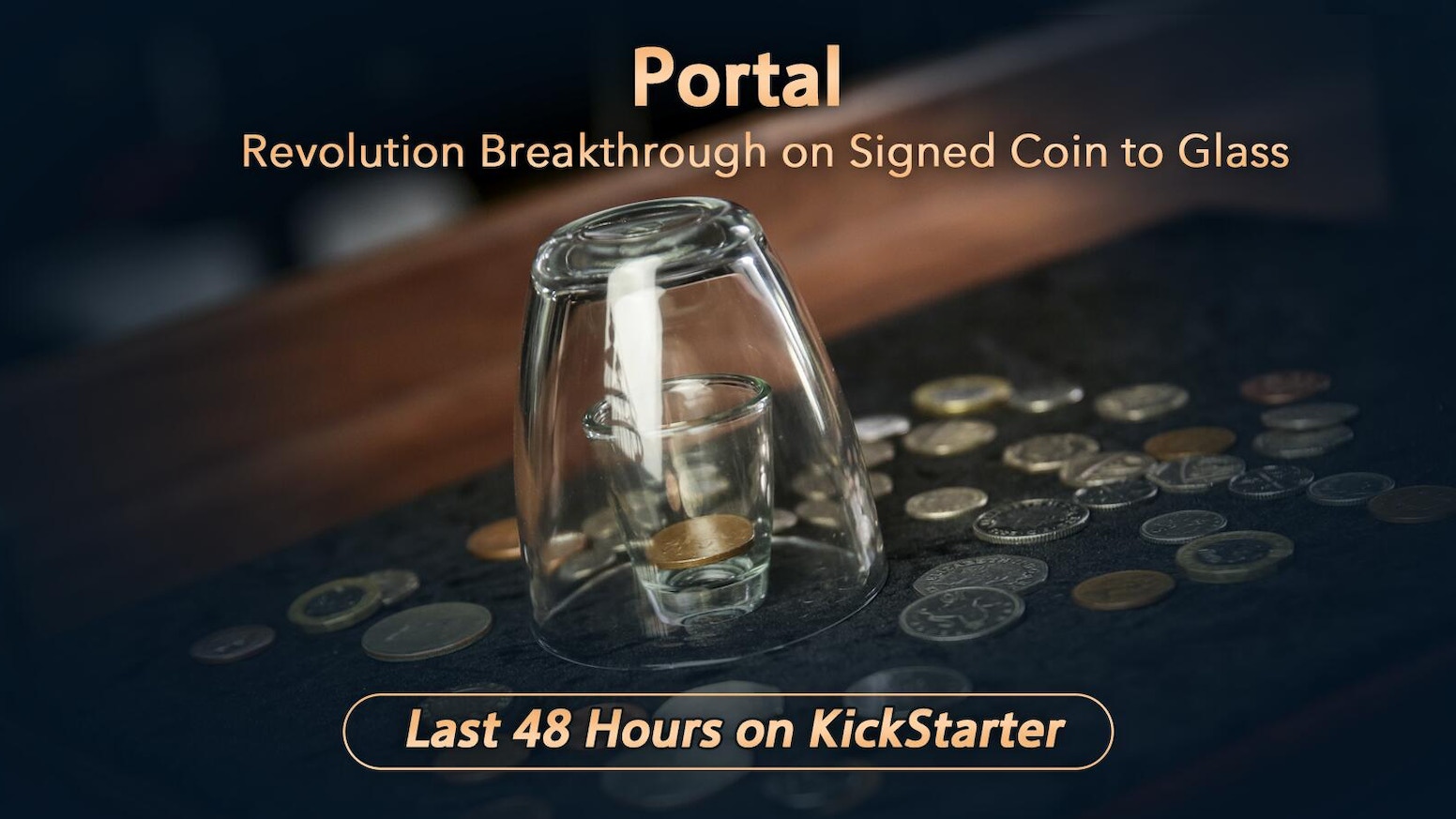 The Coin Through Glass effect is one of those rare effects, where so simple and straightforward can create such a powerful impact in the audiences mind ——

A coin, signed by an audience member, vanished, then suddenly teleports and appears between two glasses in an instant, accompanied by the sound of coins as if falling from the air.

Due to the extremely popular nature of the effect, there are many effects on the market surrounding this premise.

What we are presenting today is our version of the effect.

It was supposed to be on KickStarter at the end of last year, but it hasn’t been in what we think is a better state… Until today.

We are going to release what is perhaps the Ultimate version of Signed Coin to Glass – Portal.

It is perhaps the most complicated Close-Up Pad to date.