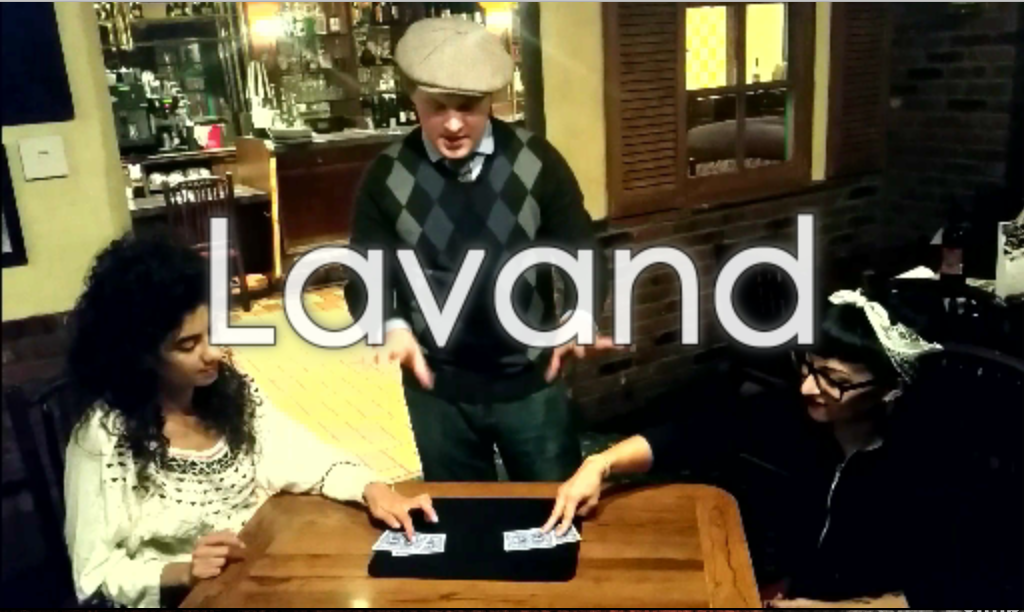 In memory of the great Rene Lavand.

“Lavand” is an extremely clean and practical four card oil and water type effect. The magician shuffles the four cards together, mixing up the colors. However, under seemingly impossible conditions, the cards continue to separate, keeping the red cards together on one side and the black cards together on the other.

Each phase gets seemingly more and more impossible culminating with the climax, in which the spectator deals the cards and even separates them themselves!

Just 100% sleight of hand, a fun packet effect, and a new take on a classic plot in magic!