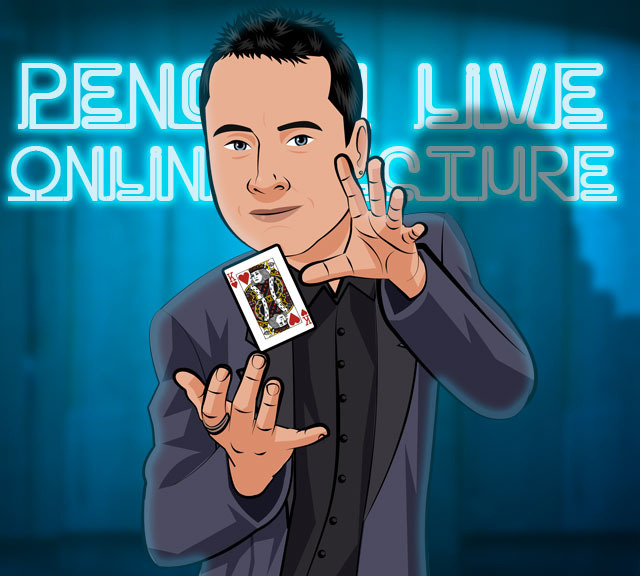 “Do you want to learn powerful magic? John can teach you techniques that will change the way
you perform!” – Jeff McBride

“John is a very talented and polished performer and creator. He is also a magician that has
done it all, manipulator, bird act, Illusionist and close-up worker; he offers a real world view from

a solid working pro. John’s lecture will be entertaining and informative with lots of effects that will
be of interest to anyone looking for practical real world magic.” – Danny Archer

“John T. Sheets is the penultimate performer! I’ve learned more from him than I can fathom. I
couldn’t have built the foundation of my CD manipulation act without his ideas!” – Bill Cook

“I’ve known John for 40 years. I have always admired his serious approach to his magic. He has valuable insights from his years of experience. Don’t miss this.” – Doc Eason

Rose Production: An amazing opener, creating a huge surprise and incredible reactions!
This very impressive effect can be performed with a real rose, up close and personal, or on the
largest stage.

Rose Vanish to Silks: A beautiful rose instantly and visually changes into two silk
handkerchiefs in the blink of a eye!

JTS’ Ring Thing: This is John’s take on this modern classic, taking it several steps further with
his own unique and original moves. This routine is super visual and truly amazing!

Coloration: A highly visual, award winning Color Changing Deck routine, which has fooled many top professionals in the industry. It uses a regular deck of cards, and leaves the deck clean afterwards for other effects!

Caught in the Middle: A modern and super visual sandwich effect, utilizing the original “JTSalignment” move. This incredible 3 faze routine uses a regular deck of cards.

Twisted Card Change: A visually stunning card change that looks like CGI movie magic! This
is John’s modern twist on the classic Erdnase change combined with a few flourishes that make
it a must see!

Kings Love Aces: An amazing transposition of the four Aces and four Kings. One at a time, clean and visual, and using only eight regular borrowed cards!

The Dream: A fun anytime, anywhere, pocket mentalism effect that will blow the mind of
anyone that you’ve just met for the first time! A small coin envelope, a few coins, a business
card, and a dream.

Visual Key Twist Revelation: Holding a key at just the tips of two fingers, you’re able to
visually twist it with your mind!

Eye Candy: An ultra smooth and logically motivated One Coin routine with a surprise ending!

JTS’ Retention-Whither Vanish: A vanish that creates a super cool “retention of vision” on a
Whither type vanish.

Band Fusion: A quick rubber band effect that compliments any Crazy Man’s Handcuff type
routine. The rubber bands appear to visually melt through one another backwards, then back
again in opposite directions without any moves!

Color Changing Silk: An incredibly visual color changing silk effect for the stage performer.
John shows you how to make something called the “JTS’ Black Ball Gimmick” with parts that
you can order online. This innovative gimmick allows you to perform a super visual color
changing silk effect. No jacket or sleeves required, and the silk can be used for the following
effects! A short discussion, using the “JTS Black Ball gimmick” to visually transform silks into other objects like doves, cards, candles, and feather plumes.

JTS’ Match Pull: An easy to make gimmick, reliable, to instantly light a match. This is John’s
preferred method, straight from his award winning stage act.

Get a Clue: This is one of John’s favorite “sucker” type card effects, direct from his
professional repertoire!

John was a consultant on David Blaine’s ABC TV special The Dive of Death and had his original magic featured on Blaine’s TV show What Is Magic and The Dive of Death. He’s performed in shows like the Masters of Magic, and recently headlined 87 stage shows at Circus Circus in Las Vegas.

John is from Denver Colorado, and now lives out of Las Vegas. He’s performed with famous bands like The Pete Jolly Trio, who played with Frank Sinatra, Big Bad Voodoo Daddy, Cherry Poppin’ Daddy, and the Daz Band. He’s been seen on National and International TV on shows such as Rocky Mountain Legacy and News for Kids and has been featured in commercials including several for PBS and Mike’s Camera’s.