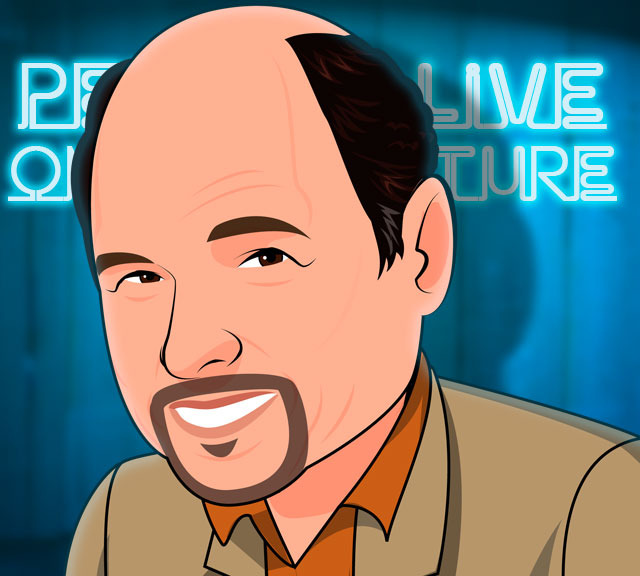 Obviously, you recognize Jason Alexander from his role as George Costanza on the highly-successful sitcom Seinfeld.  He’s also had an active career on stage, appearing in several Broadway musicals, even winning a Tony Award as Best Leading Actor in a Musical. And, he’s amassed an extensive list of TV and movie credits  But, what you may not know is Jason Alexander is an avid amateur magician with a love for mentalism.

In 2006, he was convinced to perform a week at the Magic Castle, and (as a result of his engaging presentation) he was awarded the Parlor Magician of the year!
In this Penguin Live lecture, Jason breaks down his performance beat-for-beat to reveal how he (as a trained actor) approached the role of a mentalist.  What he reveals goes way beyond mere methods, and speaks to the very core of context, motivation, and believability.  It will inspire you in your own work.

He starts by explaining why he chose to open with Jon Allen’s Silent Treatment and how he scripted his opening remarks to answer questions and set the mood.
In his second effect, he raises the stakes on the old which-hand-is-it-in plot by incorporating a charming, character-driven story that makes you care.
Then, he employs his theatrical training to read a helper’s internalized emotions and reveal them through a beautiful piece of original poetry.
Next, delving into the realm of chaos theory and the work of Dr. Meehl, he connects people emotionally with a random process that turns out to be predictable.
Then, taking a classic device in directions you’ve never seen before, he creates an epic reveal that will make you re-assess the potential of this prop.
You’ll learn so many valuable lessons in this lecture, it should be required viewing for every magician and mentalist!  Don’t miss it!
Download :  Uploaded | Rapidgator | Nitroflare (only Premium )