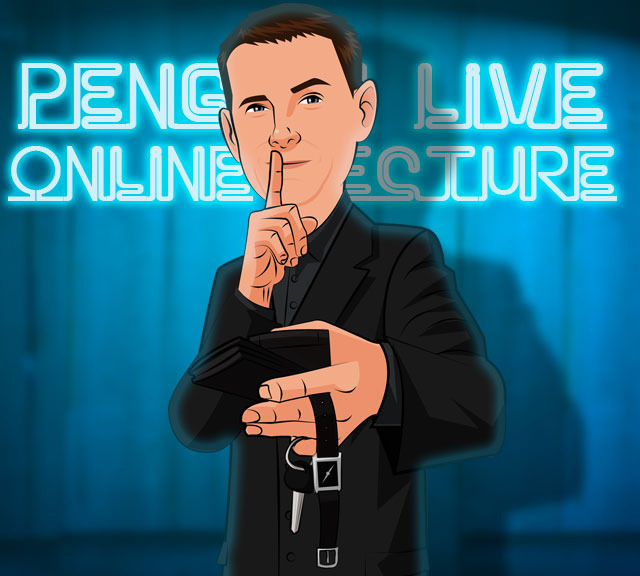 “James Brown is a cutting edge performer who is not afraid to push the boundary of what is and what’s not possible. By combining his knowledge of traditional magic, mentalism and pickpocketing with reality shifting suggestion he is able to create unique effects that stun his audiences. James has a lot to share, take the time to listen to what he has to say.” – Marc Paul

“Here is a guy that you should DEFINITELY have lecture at Penguin as he is unique, entertaining and DIFFERENT” – Gregory Wilson

“I’m not usually a fan of this sort of thing but I like what James is doing here… It feels very different, I could become a fan!” – John Archer

“A five-star show that’s not to be missed. It will amaze, amuse and enthral in equal measure” – Drew McAdam

“I am not a big fan of hypnosis, or at least I wasn’t up to now. Having watched James perform his “Reality Bending” I saw how effective this form of waking hypnosis can be even in the most difficult surroundings. It was dynamic, well structured and left everyone totally bewildered!” – Peter Wardell

This lecture and simultaneous demonstration will teach the foundations of Reality Bending and how the techniques and knowledge WILL take your magic to the next level. James will also teach a number of his favourite close up effects and show how suggestion can enhance the simplest of tricks.

James has spent the past 20 years perfecting his skills as a world class magician, pickpocket and hypnotist.

After leaving university in Southampton James began a career in psychiatry in Bournemouth and spent several years developing his understanding of psychology and human behaviour.

During this time James became fascinated with perceptional psychology – the way in which people perceive the reality around them and the ease in which they are deceived and manipulated. After seeing a close up magician performing on television James started to look closer at the similarities between magic and psychology.

This lit a fire under him that has never gone out! With only a pack of playing cards and his understanding of human behaviour James set out to teach himself sleight of hand magic and misdirection. Within a few months he secured himself the position of resident magician at a local bar & restaurant where, over the next 4 years, he developed his skills performing close up magic 3 hours a night 3 nights a week.

From this he branched out into performing close up magic for weddings, private functions and corporate events all the while fine tuning his skills as a magician & theatrical pickpocket. James quickly gained the respect of fellow magicians from around the world and the title of the Master of Misdirection.

His unique blend of sensory deception, sleight of hand and con artistry soon made James one of the most sought after performers of both close up and cabaret entertainment in the UK. Probably the first to combine contemporary sleight of hand magic with theatrical pickpocketing and suggestion hypnosis – and still the best! In recognition, the world famous Magic Circle awarded him the title of The Best Close Up Magician in the UK, a trophy he is quietly very proud of.

With numerous best selling instructional DVD’s on the subject of performance magic James has always been in demand for his teaching skills. His DVD’s have set the industry standard for live performance.

His work life is divided between consulting on performance and confidence for such institutes as Imperial College London, creative consultancy on TV magic shows like Troy and Beyond Magic with DMC, performing his breathtaking sleight of hand and close up/cabaret magic at private and corporate events and teaching hypnotherapists advance hypnosis skills. Whatever time is left is spent with his beautiful wife Jo and his two sons Ben and Charlie by the seaside on the south coast of England.

With his business partner Daniele Sicorace, James also runs the company POWA ACADEMY which offers training resources on the art of pickpocketing, hypnosis and magic.