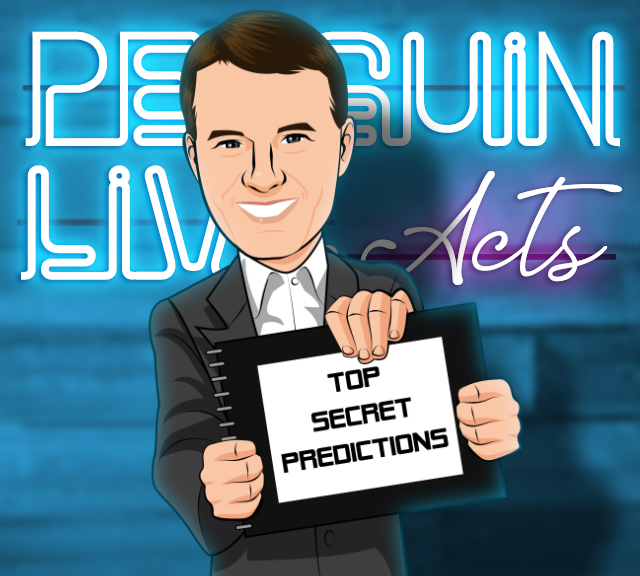 “When Cody Fisher shares anything it is PURE GOLD to any working pro. Cody’s Penguin Lecture is that goldmine”– Bill Abbott

“Watch Cody Fisher’s lecture even if it means sacrificing everything! Just Do It!”– Karl Hein

“Having personally worked with Cody on such items as his Comedy Book Test and Killer Prediction, I can honestly say that he never fails to deliver commercial stand up magic”– Jeff Kaylor

“The minute I hear that Cody Fisher has a new piece of magic that he’s willing to share, I get excited because I know it’s going to be powerful, funny and, most of all, practical! When Cody shares his creations and ideas, smart people sit up and take notice because he’s coming from a world of real-world experience. His lecture is NOT to be missed!”– Thom Peterson

Cody Fisher is one of the most in demand corporate entertainers in the world today! His unique blend of comedy mixed with mind blowing magic has taken him all across the United States and over 20 countries worldwide.
After completing multiple science degrees in biology and chemistry from The University Of Texas, Cody decided to pursue a PhD. in biochemistry. After several years of graduate teaching and research in the field of protein crystallography, Cody made an amazing discovery; he wanted to pursue his lifelong dream of a full time career in the entertainment industry! From biochemistry to “biocomedy”; Cody is now a certified laughologist!

Over the years he has won numerous national and international awards for magic, launched his own product line of magical creations, and has even authored several books and DVD’s on the art of magic. He continues to perform and lecture internationally teaching his very unique style of magic to magicians all over the world. Cody’s extensive performance résumé includes TV appearances, radio, trade shows, corporate events, comedy clubs, and theatres throughout the USA, Canada, and Europe. By combining comedy, magic, and lots of audience participation, he is able to form a special bond with his audience. He has the exceptional ability to “break the ice” and allow everyone to enjoy themselves during his show. His comic delivery coupled with his endearing personality makes him one of the most sought after corporate entertainers in the world today.

When Cody is not out amazing audiences he is using his science education combined with magic to help others. Along with his wife Debbie, an Occupational Therapist (And Certified Hand Therapist / CHT), they have developed a unique program that uses “sleight of hand” magic as a form of therapy. Together they lecture at medical colleges, hospitals, and clinics all over the U.S.

Finally, life just wouldn’t be complete without their three boys Ashton, Ayden, & Alex. These guys are absolutely wonderful and definitely keep dad on the run!