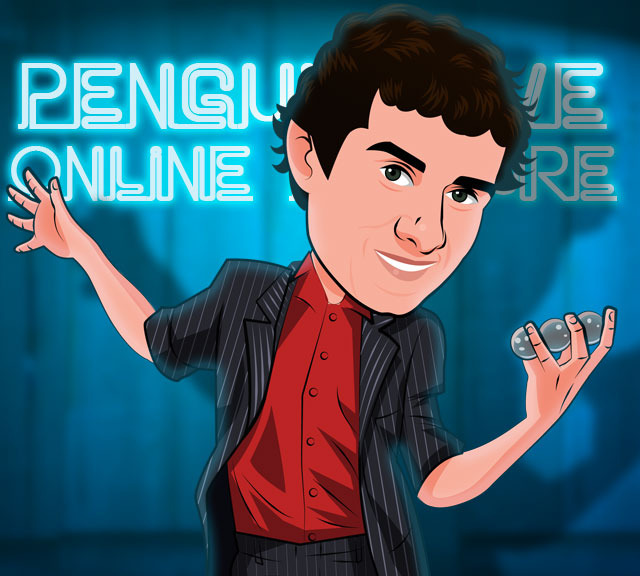 “Xavier’s show is one of the best expressions of theatrical magic I have ever had to experience.” –Jeff McBride
“I am in love with Xavier’s magic.” – Asi Wind
“A genius. Xavier is just pure gold.  100/100 visual, astounding, creative and funny magic. You will love him! A young Master already at the very top!  But I love him more than that!”  –  Gaëtan Bloom

Tape to tie  A piece of white, large tape is stuck to look like a tie on a shirt. It turns at sight into a real tie.
Bubble to ball – Ball to bubble  A bubble turns magically into a crystal ball and then to a bubble again.
Ball manipulations  Demonstration and techniques with crystal balls
Blowing up a balloon by the ear  A classic clown effect becomes magic with a simple device you can build.
Improve levitations with mime technique  Dancing cane
Juggling with casino chips  A variation on Pierre Brahma’s coins flourishes.
Also, Xavier will talk about:
The importance of directing magic,
How to create a routine that makes sense and not just a demonstration of tricks,
How to create your own character on stage, and
How to choose a text or a music for an act.

Brought up in south-western France, Xavier Mortimer packed up his suitcase to travel the world while creating shows that blend magic, circus acts, music and comedy.
He studied at the Music and Dance Conservatory of La Rochelle, as well as the Desmond Jones Acting School in London and the Jacques Lecoq Acting School in Paris.  At the age of 15, he created his first show, a combination of magic, mime and comedy. Thereafter, he won several prizes for Magic including 1st place at the Albano International Congress in Italy and Gold Star at the L’Eau d’Olle magic festival in France.
A truly complete performer, he is the recipient of several more international prizes for Magic regarding his shows. He has achieved public recognition with his show L’Ombre Orchestre (The Shadow Orchestra) created in Avignon (France) in 2006, and subsequently performed in Paris and worldwide more than 1000 times.
Xavier Mortimer is both the creator of and performer in visual shows that he presents internationally. What’s more, he not only composes the music for his own shows, but for other shows, as well. In 2012, he created the character Sneaky for the newest Cirque du Soleil’s show, ONE, which is currently being performed in Las Vegas.
Between 2013 and 2015, while performing in Vegas, Xavier has been a guest on mainstream TV shows all around the world and he is about to release his new magic show in 2016 in LAS VEGAS.
Download :  Uploaded | Rapidgator | Nitroflare (only Premium )