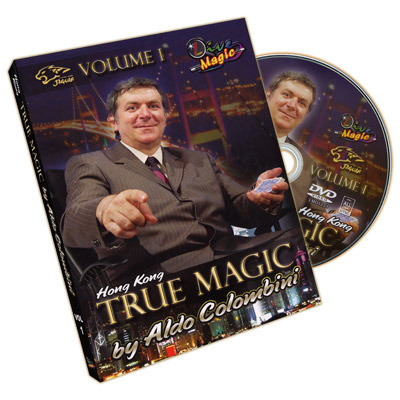 Aldo Colombini is one the world’s foremost magicians. People around the world love his magic, love his humor and love him! In these two volumes of DVD’s, Aldo Colombini will share a series of his favorite brand new magic tricks with you, including cards, rope, etc… As all magicians should know, Aldo’s magic is strong, direct, and fun to watch while using some very clever and simple methods. Of course, there will be no exception in these two volumes! And now, please enjoy the True Magic by Aldo Colombini!!!