Torched and Restored by Brent Braun 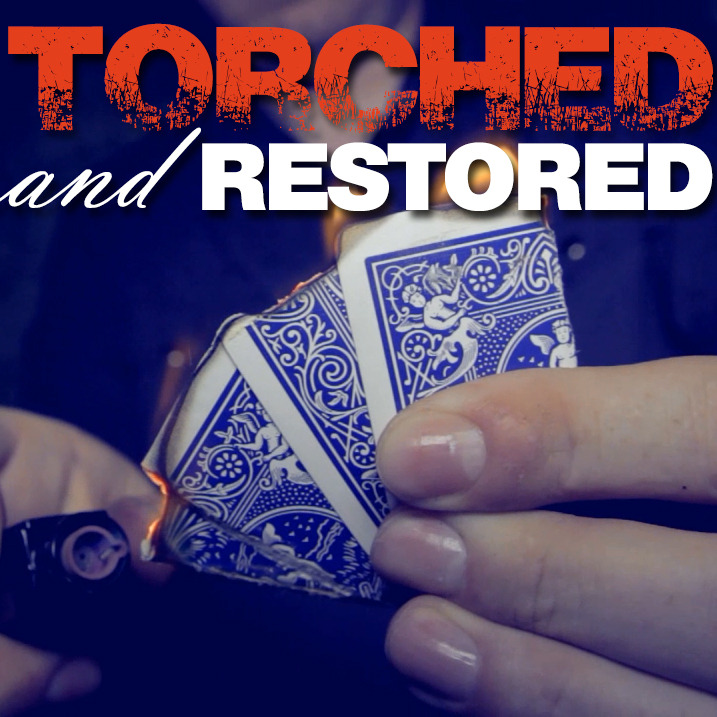 “This freaking guy!!!! Brent Braun creates magic with the mind of a magician, but with the eyes of a spectator. He puts so much thought into the experience of the person watching and what they see. There are no unnatural magiciany moves. They freely name a card and sign it. You rip that card right in front of their face. You burn it. You restore it! It’s that clean!!”

-Dustin Tavella winner of AGT 2021, talking about Torched and Restored which he used this as part of his winning act.

Used Saturday by Richard Jones to win Britain’s Got Talent!

“Throw away all of your signed torn and restored card effects; Torched and Restored is the only one you’ll need.” – Mike Giusti

“Killer real world work. This is a must have for anyone looking for a simple and powerful torn and restored. – Adam Wilber

This trick is hot! – Danny Archer

I kept waiting for the move and it never happened. – Bob King

A spectator freely selects and signs a card, the card is then cleanly torn into four pieces. The magician then removes a torch style lighter and “welds” the four pieces back together. The card is seen on fire and then instantly, visually, and completely restores. Yes the card is examinable with no sign of any tears or burns. This is highly visual magic and one of the easiest methods on the market.

Torched & Restored is one of the most practical, easy, and angle proof versions of the Torn and Restored card ever released.