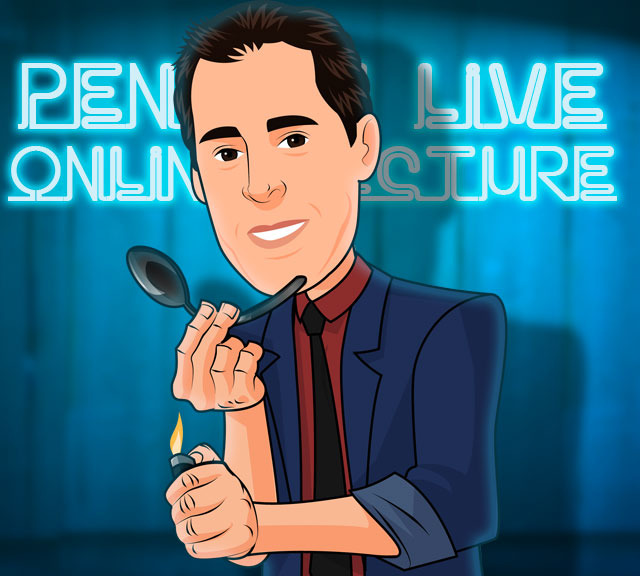 “If you haven’t seen Thom Peterson, do yourself a favor and stop not having seen him.” – David Acer

“Get Sucker Punched by the Amazing Guy and you’ll thank me later.” – Gregory Wilson

“Thom is truly amazing, not just in his magic, but in his rapport with an audience.” – Joe Givan

“Thom is not only funny, but his magic is extremely deceptive!” – Johnny Ace Palmer

“Now here is a guy that WORKS! Funny and quick-witted, he presented workable material that is easy to perform and has been fine-tuned through thousands of performances…what more could you ask for?” – Doc Eason

Lemonade Racket – A production of a piece of fruit, a glass of liquid and a bottle of beer from a snazzy “lemonade stand” sign

Spooning, and Revenge of the Spoon 2.0 – A full stand up spoon bending routine where even a picture of a spoon is warped in real time

George of the Jumble – My favorite torn and restored dollar trick, that leaves spectators with a souvenir they’ll carry with them forever

Walking Williamson – A simple, impactful card routine perfect for the strolling performer working without a table or a net

At the tender age of 5, Thom’s parents suprised him with a trick deck of cards for Christmas. He then quickly began driving his entire family stark-raving-mad as he continually pestered them with his “performances”.

Being lucky enough to have two loving and devoted parents with tastes for the finer things, he was brought up on a steady diet of the Marx Brothers, Carol Burnett, Dick Van Dyke and loads of old time radio programs. On his own, Thom quickly developed a taste for the Addams Family, The Munsters, Universal and Hammer Horror, and all things creepy and spooky. Through that, he gained an insight and appreciation of special effects and horror make-up. Make-up luminaries like Dick Smith, Rick Baker and Lon Chaney taught Thom that there was more than one way to fool an audience.

Graduating from the University of Wisconsin with a degree in Organizational Communications, with an emphasis in Corporate Training and Development, Thom has gone on to become one of the most in-demand entertainers, for some of the nation’s largest corporations.

Companies like Boeing, Xerox, Bank One, 3M and Lockheed Martin regularly call on Thom to help make their next event a smash.

Thom is a member of London’s Magic Circle (A.I.M.C.), and a member of the British Magical Society. He is a regular performer at the world-famous Magic Castle in Hollywood. In fact, he’s one of the few performers to be authorized to perform in every showroom there.

When not performing, Thom is an avid lover of Japanese martial arts, the outdoors, art, good wine and spending time with his friends and family.