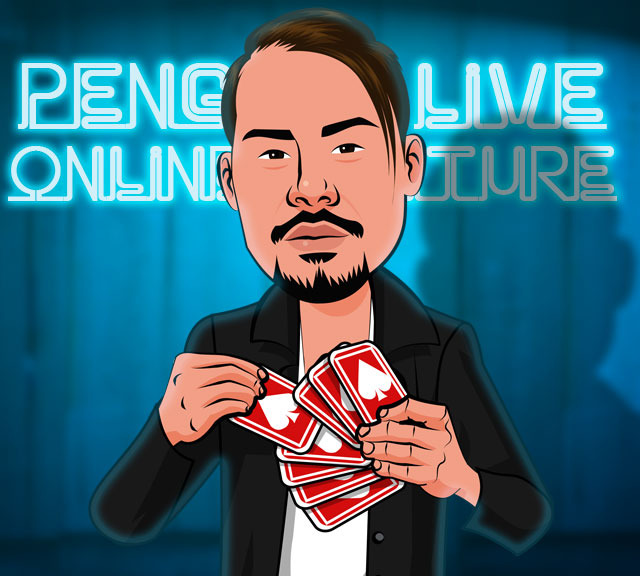 “Think Nguyen is a card magician of RARE TALENT – technically accomplished,
fantastically creative, but also possessed of a deep understanding of the

principles of magic performance. I had the privilege of spending a day with him
and almost everything he showed me fooled me: that’s six or seven pieces across
the day, I had no clue – and the ultimate kicker was that most of it was bafflingly
simple when he finally explained it. I’m a huge fan of Think and his exciting,
innovative material and I use it regularly when I want to fry magicians. I think
anyone who likes card magic needs to get to know him and his incredible magic.” – Phill Smith

“Every once in a while you meet someone who completely changes the way you
think about magic and that for me, is Think. Think is an incredible magician and creates magic that is beautiful, WELL STUCTURED and a pleasure to witness.
Think’s presentations are truly magical.”  – Mahdi Gilbert

“Think’s Fairy Dust – one of the most TRULY MAGICAL VISUALS in card
magic.”  – DMC

“Think is INSANE! – His performances are slick and his technique is impeccable.
I’m a fan!”– Peter Turner

“Think creates and performs some of the most intelligent, INNOVATIVE and
ORIGINAL card magic I’ve had the pleasure of seeing. He combines a love of
obscure methodology with a commitment to clear, direct and powerful effects. I’m
confident that you’ll thoroughly enjoy his offerings.” – Ross Tayler

“Think’s magic is beautiful and CAPTIVATING. His performance style is fun,
entertaining and engaging. He truly is a rising star of card magic. Trust me this
guy is going places!” – Peter Nardi

The lecture is focusing on card magic and the theories underlying magic in general. Besides sharing his favorite routines, Think will briefly cover some of his main work on the concept of Estimation and Jazz magic.

An ordinary card to pocket A card is placed beforehand in the pocket and it
happens to be the card the spectator is thinking of. It’s that clean!

Connected thought One spectator thinks of one card and another one manages to find it in the fairest way possible.

Optimus Prime’s skill  Show your spectator that springing the cards is sometimes a useful skill!

Ong’s Dice A think of a card routine using an invisible die.

The story of the Monkey King A beautiful sequence of a rising card effect like
you have never seen before.

Memory separation A demonstration of memorization breaking down in 3
different phases. A really fooling stand-alone piece.

The Concept of Estimation and Jazz Magic A way of defining magic.

Out of sight, out of mind revisited A classic Vernon routine where you can let
the spectator choose between 52 cards.

Young and passionate student of the art of magic, Think is known to make his cards “come to life”. He released two major DVD projects called Parallels and Vermillion. The first project has received great reviews during the Blackpool convention (2017).

Besides, he also wrote 2 limited lecture notes : One Idea for Each Tentacle and My
Fingers Flowing ; and a web episodes called The Coffee Series. Think Nguyen is now currently lecturing around the world to share his secrets and meet other
enthusiastic magicians.