THE SPECTATOR CUTS TO FOUR SANDWICH by Joseph B 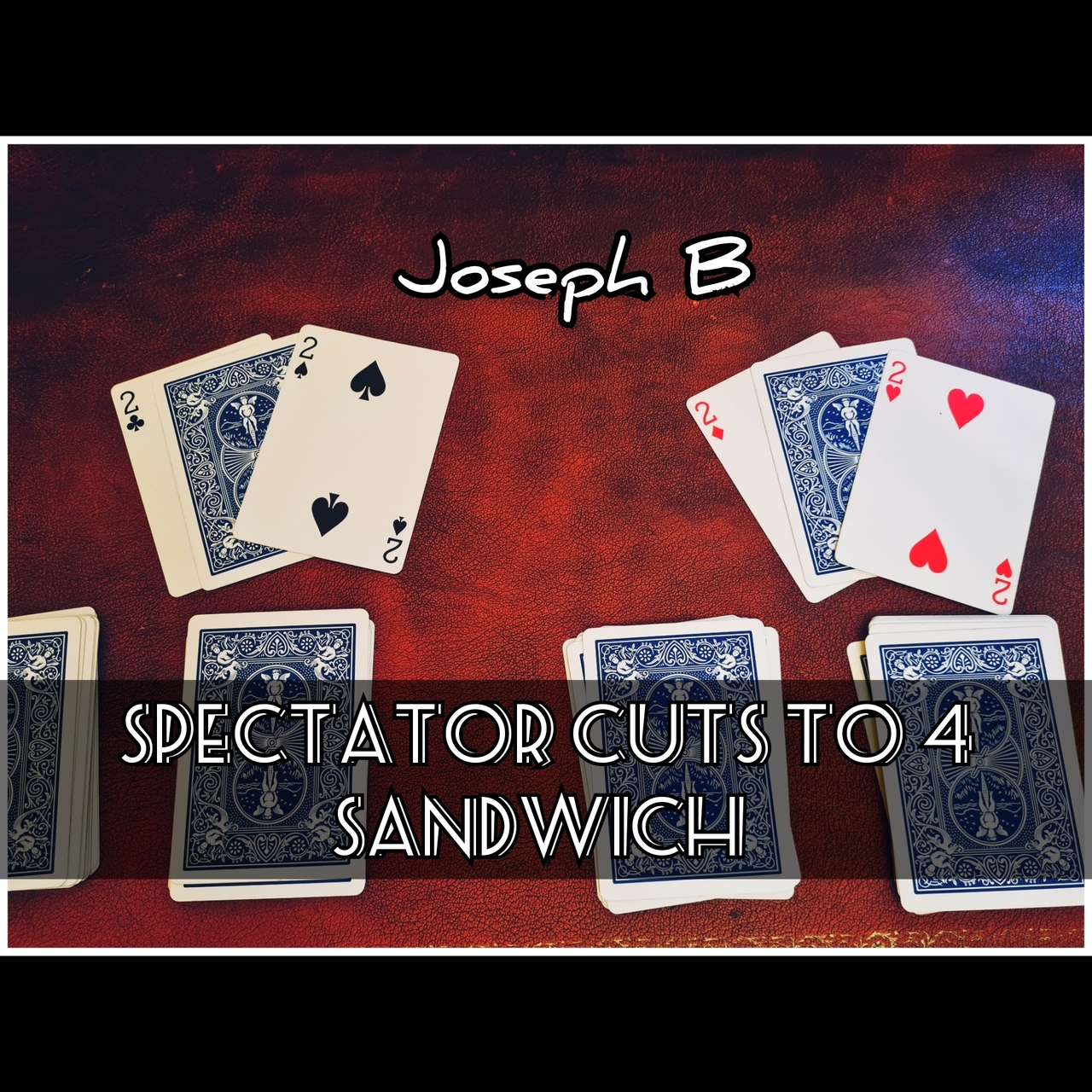 It is not finished. Immediately the magician produce the four aces.
Then he shuffles the cards face up and face down very clearly. There is a mess. But soon the magician spread the cards and they are all face down except the remaining two black two.
A real miracle! A stunning effect with a Normal deck of cards

Tags THE SPECTATOR CUTS TO FOUR SANDWICH by Joseph B