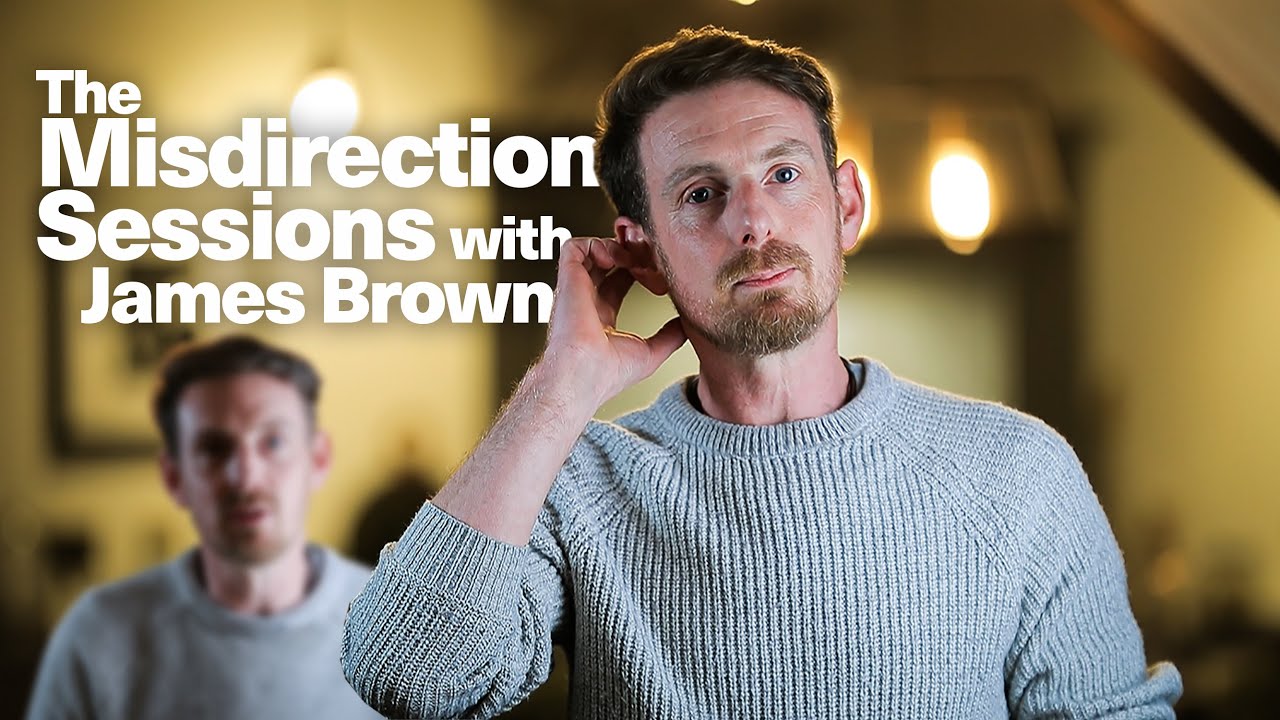 Misdirection is one of the most misunderstood concepts in magic.

Both groups are wrong… and James Brown is here to tell you why.

As a professional performer and close-up icon, he’s performed all over the world in some of the hardest conditions possible.

James can fool audiences, while completely surrounded, with the simplest tricks… because he understands misdirection on an elite level.

We sat down with him for a 30-minute interview and kept the cameras rolling. 3 hours later and James’ was empty, he’d given every single last bit of knowledge he had on misdirection. Nothing left out.

Along the way, we charmed him into giving away 3 reputation-making effects.

Like a good book, ‘The Misdirection Sessions’ are broken down into bite-sized, enjoyable chapters. You can shotgun it all in one sitting, or keep coming back to this proverbial page-turner.

This isn’t one of those ‘look over there’ kinda projects. Instead, this is jam-packed with theory and practical demonstrations of elite misdirection to suit any character and performing style.

With this project, you’re not just learning how, you’re learning why at the same time.

If we took a poll and asked magicians which part of their magic you’ve all been neglecting, the answer would be this – misdirection.