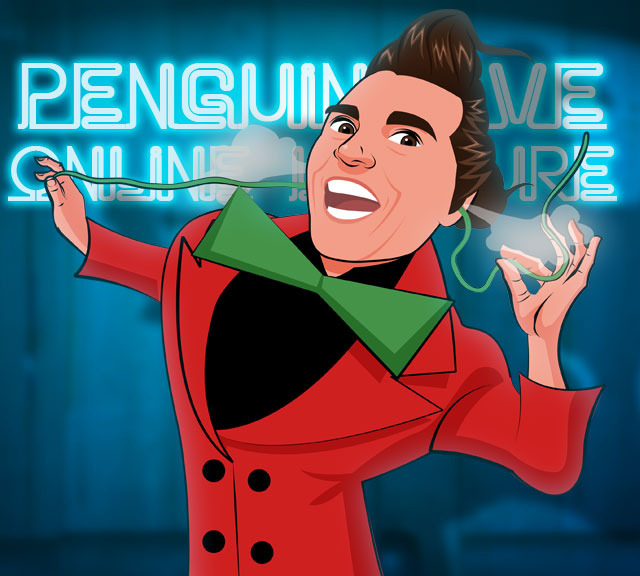 “A two hour lecture from Dan Sylvester is all you need to stimulate your creativity. He is an engineering marvel on how to build the most visual and colorful magic. A modern magic genius.” – Rocco Silano

“Sylvester the Jester is a true enigma in showbiz. He writes all his own material, builds his own original props and, while doing the impossible onstage, he’s even doing his own elaborate sound cues. He’s the text book example of creative genius. Audiences around the world watch in wonder of his human cartoon character and are magically transformed into being little kids again. I love it!” – Amazing Johnathan

“Dan Sylvester creates effects and methods that have no forebearers in magic.” – John Booth, The Linking Ring

“It is certainly the most original act ever to appear at the Magic Castle.” – Toney Georgio, Genii Magazine

“The uniqueness of his stage character, the perfect meshing of his one of a kind magic done flawlessly with music, comedy and costumes, leaves me breathless!” – Ken Weber, Maxim Entertainment

“Danny Sylvester is one of the most creative minds that I have ever known in all of Magic. He is the most prolific inventor of gimmicks, sleights, comedy lines and mind-blowing moves. There is apparently no end to his genius and talent!” – Brian Gillis

“Sylvester accomplishes in live action what “The Mask” required a bank of computers to produce!” –Judy Brown, LA Weekly