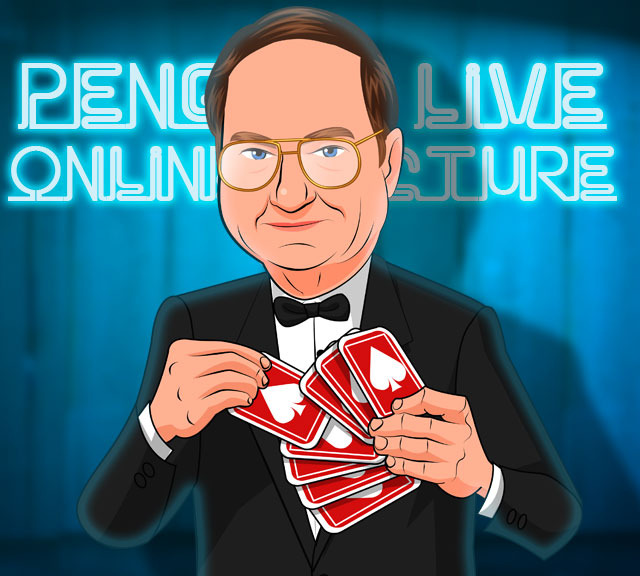 “Not too many have heard Steve Draun although he is quite well known among those in the inner circle of magic. Those who have had the good fortune to see him perform have witnessed some excellent magic as compared to the obvious finger flinging of so-called. experts. This does not mean that Steve does not do sleights, but rather that the slights are subdued thus making a sleight of hand effect slightless.

Steve is very discriminating in his choice of methods and effects. All the effects he does are direct and their plots are easily understood by laymen or magicians. But their methodology is skillfully concealed even the most knowledgeable expert. The material in ‘The Magic of Steve Draun” is not something that was thrown together just to write a book, but are routines and methods that he has been doing quite a number of years and have been witnessed by many magicians.

Those who are seeing Steve Draun perform and lecture for the first time will be in for a number of effects that will appeal to the most expert as well as those less skilled. Even if you don’t do any of these effects, you will have enjoyed watching and admiring “The Magic of Steve Draun” – Ed Marlo

“One of the best card men around.” – Richard Kaufman

System for coin vanishes: Including some classic tricks used as examples of how the techniques are applied

System for blind shuffles: Including a poker deal to demonstrate how the shuffles might be used in the real world.

System for double lifts: At least one trick to show off the benefits of original technology.

Demonstrations of items Steve is known for such as the Midnight Shift, Fan Glimpse, Draun Control, and several others.

At one time Steve Draun was known as the “Underground Man”, regularly fooling the top card men that traveled through Chicago. Today, Steve performs in the “real world” of professional magic, and, of this writing, he has had extensive experience performing for both the Wyndham and Hilton hotel chains as well as many hundreds of performances at other corporate functions.

Steve’s experience in both the technical and professional sides of magic has produced a unique lecture. He will demonstrate techniques from his books and videotape, which will improve your basic card handling. You will learn useful tips that show how to perfect double lifts, palms, false deals, blind shuffles, glimpses, crimps, etc. Half the lecture will be on cards; during the other half he will perform and reveal several professional routines with silks and dice. These are showpieces that have been honed to perfection through thousands of performances. Read what Ed Marlo has to say about Steve in “Secrets Draun from Underground” by Richard Kaufman.