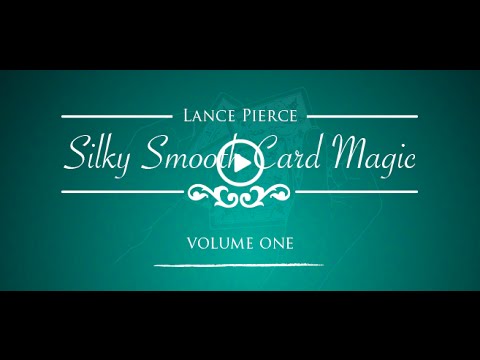 Lance Pierce is an underground legend and one of the finest practitioners of classical sleight-of-hand magic you will ever see. He is a student of Roger Klause and Michael Skinner, and it shows in his work. We are so proud to have two EXCLUSIVE downloads, found

only here at Vanishing Inc. Magic. Each download is comprised of three tricks and one move, and BOTH downloads are worthy of your careful study. Here’s what you’ll find:

The Whisperers: Four Queens change into two selected cards in an unexpected way.

Perfectionistic: This unusual plot (thanks to Paul Harris) is seldom seen, and here it gets the Lance Pierce treatment. Despite Lance’s best efforts, he is magically unable to mix red cards into black cards. Every time he shuffles them together, they mysteriously separate. This is a masterclass in false shuffles and cuts, all taught by Lance (except for the Zarrow Shuffle, which is not covered).

Cutting for Carey: An INGENIOUS routine in which you cut to four Queens, and then change them into the four Aces.