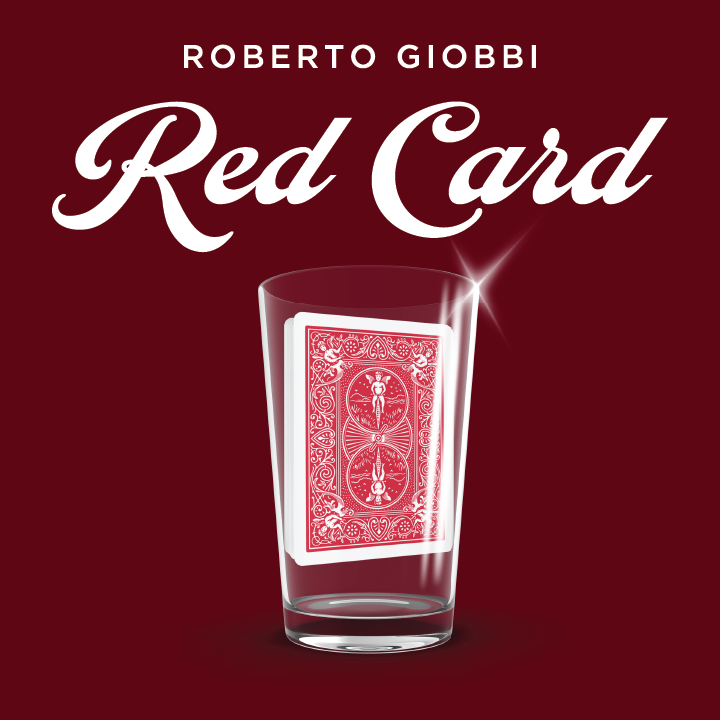 “It’s not often you get a pro’s closer, but Giobbi’s fantastic isolated thought is here; a great script with audience participation and an amazing effect rolled into one.” – Paul Vigil

“This has been one of my most closely guarded effects in my professional repertoire. With it I have fascinated laypeople and baffled magicians around the world. If I had to keep just three tricks in my working repertoire, “The Red Card” would be one of them. I consider it one of my masterpieces, and in the explanation, which really is a mini-lecture, I do not hold back anything: You get all it takes to astonish and entertain any audience at the highest level.” – Roberto Giobbi

“I recall the first time I saw Roberto Giobbi perform The Red Card. I was left with no explanation. Every solution I had was taken away. It fooled me completely. Roberto designed this effect to be the closer for his stand-up card act. Now it can be yours as Roberto is finally releasing this closely guarded secret.” – Tim Trono

“When I saw the performance, I thought I was on familiar ground. But Roberto has added a twist to the method that creates new possibilities, and some psychological touches to the presentation that make the effect particularly strong.” – David Britland

“A true miracle, with the masterful treatment of Roberto. The thorough explanations are full of wisdom that will lead our magical thinking into wonderful directions.” – Rafael Benatar

“I am not embarrassed to admit that I had no clue how Roberto Giobbi’s The Red Card was accomplished. And after learning the secret, I now know that the method is so well hidden beneath a plethora of layers, that intellect nor experience alone can comprehend the secret. This is a CLASSIC!” – Christian Engblom

Roberto Giobbi’s Red Card is a masterpiece of mental card magic. This trick comes straight from Roberto’s professional repertoire where he has used it as his closer for years and this effect has fooled some of the brightest minds in magic. Now, you can use it to devastate your audiences. This is Red Card by Roberto Giobbi.

The performer displays a single red card in a glass as well as a blue-backed deck that can be displayed on the front and the back. The red card is placed onto the blue deck and then cut into the deck. The audience collectively chooses a card. What they say is what they get. The card they choose is the card that is removed from the deck. Impossibly, the card the audience selected is the red card.

Red Card comes with a very special deck that does the work for you so that you can focus on the presentation and entertainment. The true method of this effect is layered psychological touches and presentational elements that make this an extremely powerful and deceptive effect. When you combine these with the special deck, your audience doesn’t have a chance. Both the glass and the card the audience selects can be examined, and the card the audience selects can be different from performance to performance. You will also receive a bonus routine and gimmick for an alternate version of Red Card that Roberto has been lecturing on for years. This truly is a masterclass in performing a real mental miracle with a deck of cards. This is the show stopper your audiences have been waiting for. This is Red Card by Roberto Giobbi.

Previous Looper by Hunter
Next Rob-OUT by Raven (Video+PDF)