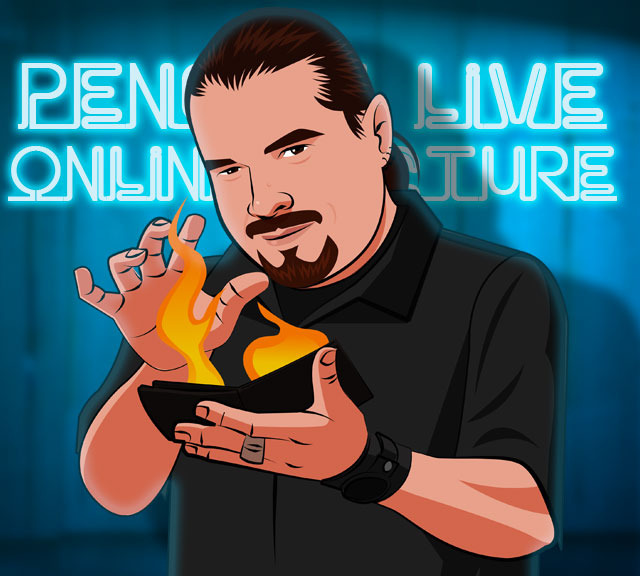 “Magick Balay is not only the greatest magician I know, but the best Magic demonstrator I’ve ever seen.” – David Roth

“Magick has been a strong influence in my tastes and performance since day one, when I met him as a teenager. He was the first person to show me that magic can actually be cool. As a real worker, he truly understands the craft, and his lecutre shouldn’t be missed.” – Doug McKenzie

“Balay has more than magic in his name – he has magic in his DNA and the marrow of his bones! When he lectures, what you will hear is the voice of experience!” – Michael Ammar

“Magick Balay’s attention to detail is what makes his work so powerful for people in the real world.” –Asi Wind

Magick Balay is a world-renowned close-up magician. Based out of New York City, Magick has entertained audiences across America for over two decades. He has consulted for multiple magic manufacturers and has been the head demonstrator at every professional magic company in Manhattan. You can catch Magick in his show “Close Up Kings” on the Syfy channel in the US, Discovery International in Europe, or OLN in Canada.

Magick is a highly sought after private entertainer and has had the privilege to perform for the likes of Michael Jackson, Wayne Gretzky, Britney Spears, Christopher Reeves, Derek Jeter, Neil Patrick Harris, Michael J. Fox, Edward Norton, Spike Lee, Lorne Michaels, and many, many more.