OFTEN RARELY THAT SIMPLE by Alex Hansford (Re Upload) 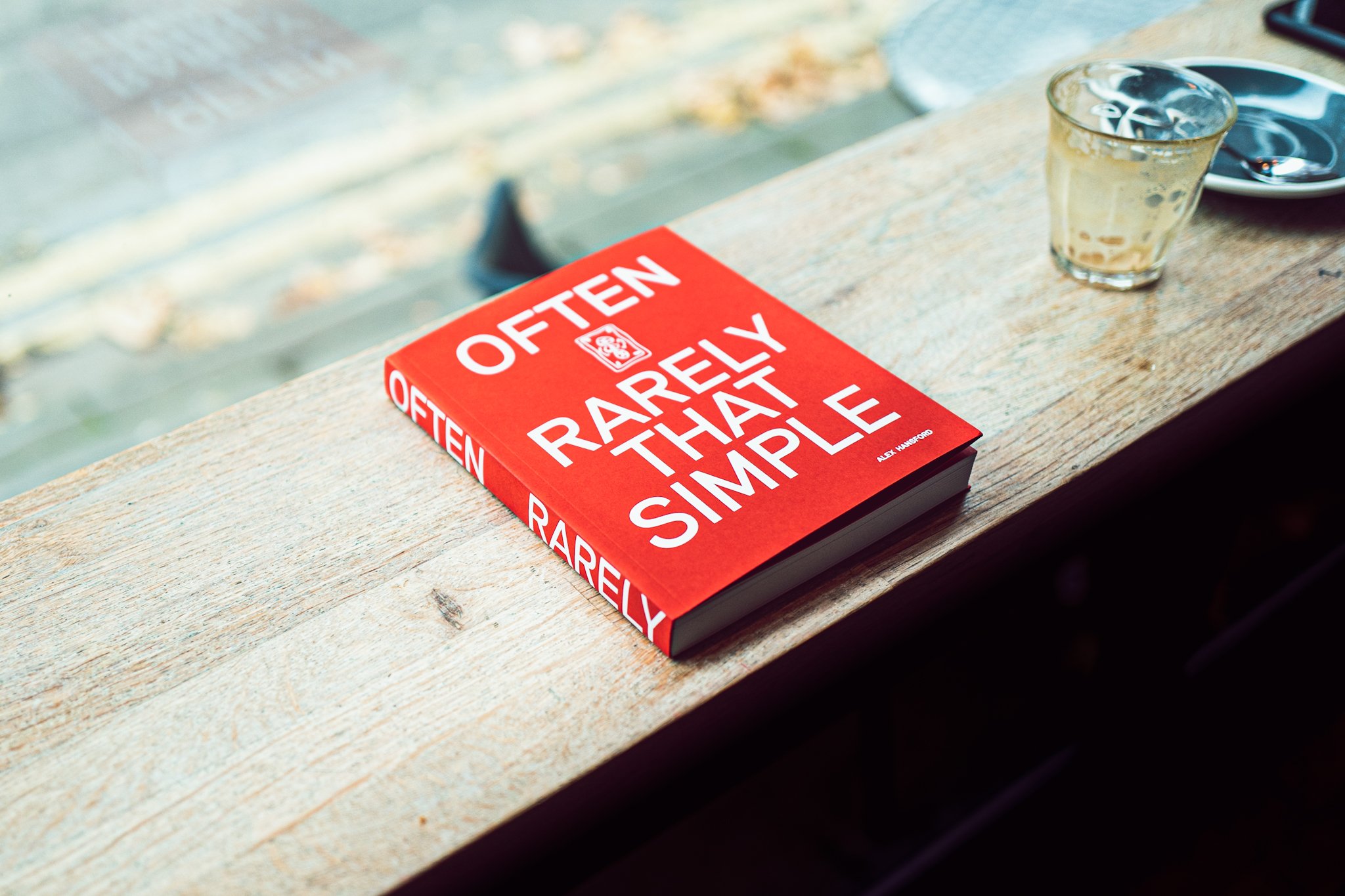 This is a collection of rare card sleights and multiple controls, visual colour changes and new palms. 8 routines are taught, with a series of additional variations for certain effects. Inspired by the early work of Dan & Dave, Guy Hollingworth and Ernest Earick, Often Rarely That Simple is a celebration of aesthetic, neat, fooling card magic.

It is the first in a new series under THE NEAT REVIEW imprint.

Everything inside is accomplished by sleight of hand and a single deck of cards. There are no gimmicks or duplicates, no need for stooges or accomplices. The material progresses from intermediate level upwards with a mix of hands-off, relaxed effects alongside other visual and technically complex routines. All are fun to practice and perform, with most being in-the-hands, without the need for a table. You can easily tailor these plots to any situation.

The production is unparalleled. Often Rarely That Simple is an art object as much as an instructional manuscript on card chicanery.

Control the First – a staggering take on the multiple card control plot. Four Aces are placed one by one inside the pack at four explicitly different places. With a single shuffle, the four Aces are controlled to the top. The layering of methods combined with a new false shuffle (explained for the first time here) means no one is following this. Utterly fooling.

Control the Second – an in-the-hands multiple card control. Can be done with any number of cards. The four Jacks, or a royal flush, or six selections, are placed throughout the deck, left out jogged for all to see. The cards are fairly squared into the deck and the entire deck is dribbled from hand to hand. No breaks, crimps, etc. With just one riffle shuffle, the four / five / six / ten cards have been controlled to the top of the deck.

The Limestone Yearbook – Alex’s take on spectator cuts to the Aces. The cards are ribbon spread face up on the table, and the Aces are seen widely displaced throughout the deck. The deck is gathered up, placed face down, and from this moment on the spectator proceeds to find the four Aces. No second or bottom deals, no palms. Largely self-working.

Faro Multiple Shift – does what it says on the tin. Four Aces are placed openly into the deck, squared in, the cards are dribbled from hand to hand to show no breaks or crimps etc, and under the guise of a Faro shuffle, the four Aces are controlled to the top of the deck.

Travelling as You Please — an amalgam of the Hofzinser plot from the 1890s and a Paul Harris effect from the 70s. The Aces are set on the table. A chosen card (no force) is lost back in the deck. The Aces come nowhere near the deck, and yet one of the Aces visually vanishes, leaving—cleanly—three Aces in-hand. The deck is immediately spread and the Ace of Hearts (Oh! My! The Chosen Card was also a Heart!) is seen face up in the deck. The Ace of Hearts then changes—while reversed in the centre of the deck—into the 7 of Hearts, the chosen card. As if that weren’t enough, the other three Aces have now changed into the other 7’s.

Alternate Handlings — suggestions and alterations made by Justin Higham, Andrew Frost and Bradley Hodgins after rigorous, months-long discussions with them surrounding the included methods for the above effect.

Beige Change and Back — two invisible colour changes back to back. First in your hands, second in the spectator’s hands. The double lift is the strongest colour change in magic because it happens in their hands. Well, the Beige Change happens there too.