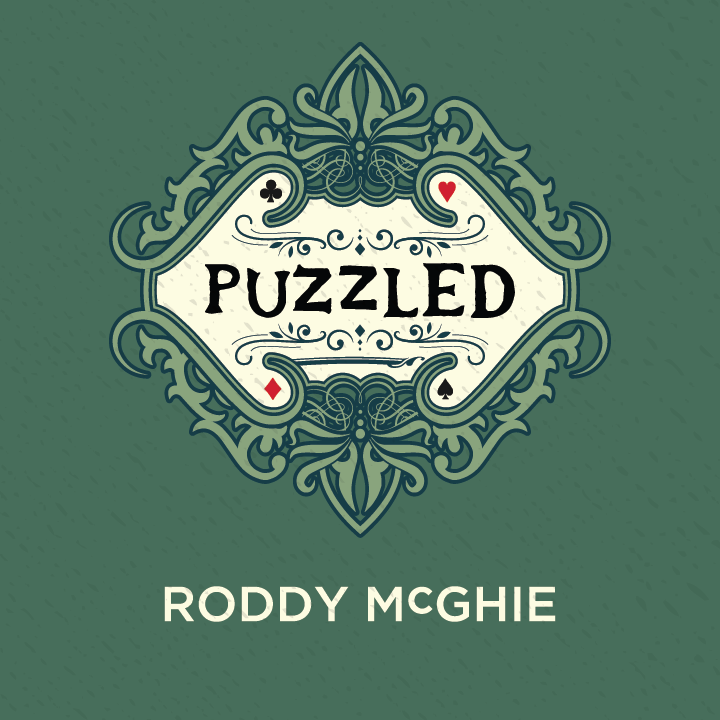 Turn an impossible puzzle into an impossible object that your audience will never forget. Assemble puzzle pieces that impossibly fuse together and then can be examined. From the quixotic mind of one of Scotland’s best, this is Puzzled by Roddy McGhie.

The magician dumps a handful of puzzle pieces out of an envelope for a spectator to examine. When assembled the pieces are actually a cut-up playing card. The magician introduces the idea of the chocolate bar puzzle where a single piece can be removed, but then the pieces can be rearranged and the puzzle remains the same size. Incredibly, a piece of the playing card puzzle is removed, and yet after they are rearranged the puzzle remains the same size as a standard playing card. As a kicker the magician places the removed piece in the center of the puzzle, and presses down, fusing all of the pieces together back into a single uncut playing card which is then handed out for examination.

Puzzled is an incredible piece of magic that draws in the audience with an engaging story and leaves them with an impossible object. The final impossible card not only invites examination, but with the Puzzled refill packs, it makes for a great souvenir you can give to your audience for them to keep. This impossible object is something they will show their friends. Leave your audience astonished with Puzzled by Roddy McGhie.