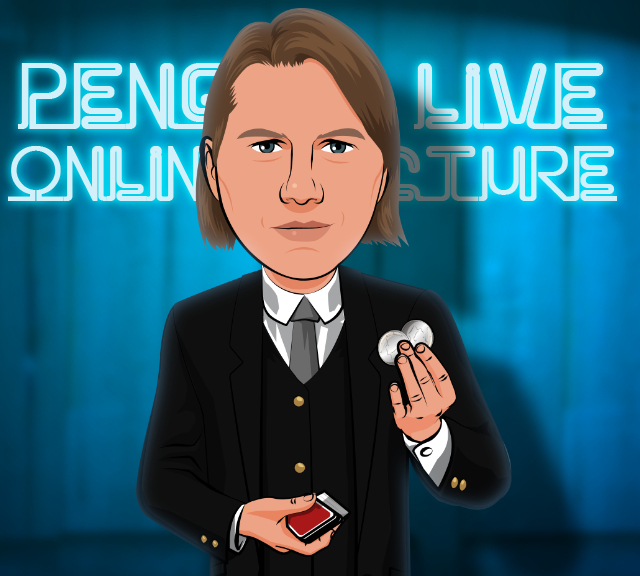 Dishonest Mistake by Al Leech- The perfect trick to teach when a spectator wants you to teach them a trick.

With Love From Malta – Variation on Through and Through by Derek Dingle.

Cups and Balls– A quick cups and balls routine that ends with a final sequence of six loads!

Justin Purcell hails from the mysterious land of Indiana. He began conjuring at an early age and began performing professionally at the age of sixteen. In Chicago, he has studied improv at the iO Training Center and the Second City Conservatory. Other than private shows, Justin can be seen performing at Logan Arcade in Logan Square on Tuesday nights from 9pm until Midnight. And several times a month at the Chicago Magic Lounge in Uptown.