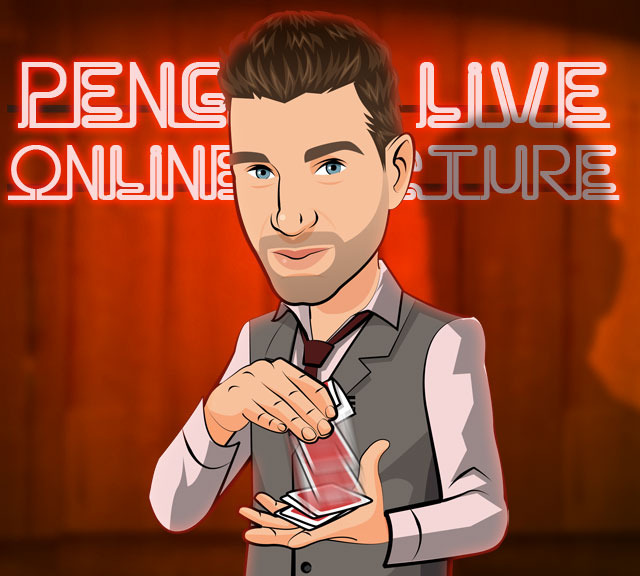 “One of the most talented, intelligent and influential magicians.” Roberto Giobbi

Thirty-one-year-old Joshua Jay has been called magic’s Renaissance man by MAGIC Magazine. It’s not hard to see why: he is a performer, lecturer, author, and photographer of all things mysterious. He maintains a globetrotting performance schedule–Jay has performed in over fifty countries and appears regularly on national television (most recently on Good Morning America and the Today Show).

His performance style is completely unique: he performs with ordinary, borrowed objects, causing them to twist, bend, appear, and vanish at will. At only seventeen years old Joshua Jay was crowned world champion for close-up magic at the World Magic Seminar, and he is now regarded as one of the leading creative forces in the magic world.

Joshua Jay is BACK by popular demand. His first Penguin Lecture is one of our oldest and most highly acclaimed, and we’re eager to have Joshua back with all new presentation on his unique material. Joshua is recognized as one of the most innovative performers and teachers in the world of magic. He has won numerous first place awards from IBM, SAM, and the Desert Magic Seminar, and is regarded as one of the most prolific authors of his generation. He fooled Penn and Teller with his extraordinary routine, “Out of Sight,” which he will explain in full detail for Penguin Live audiences.

Joshua will also go over his blockbuster opener, “Order from Chaos,” which encapsulates everything an opener ought to be in just four short minutes. From there, Joshua will take us through new and unknown pieces from his professional repertoire, much of which has never been published in print or on video. Whether you’re an avid Joshua Jay fan or a newcomer to his intellectual, unusual performance style, you will find a treasure trove of material to inspire you. You’ll see:

Signs: This NEW version of an impossible location is sure to fry everyone!

Balance: In this unusual effect, Joshua spins a poem about a magician in prison, while balancing objects in an impossible way.

Trojan Deck: This is Joshua’s current closer, in which two shuffled decks match, card for card!

And a detailed discussion about a fascinating new study on magic.

Whether you’re an avid Joshua Jay fan or a newcomer to his intellectual, unusual performance style, you will find a treasure trove of material to inspire you.

Previous 26! By Caleb Wiles (Re Upload nitroflare)
Next Lightning by Chris Smith