JH ACAAN by Joseph B 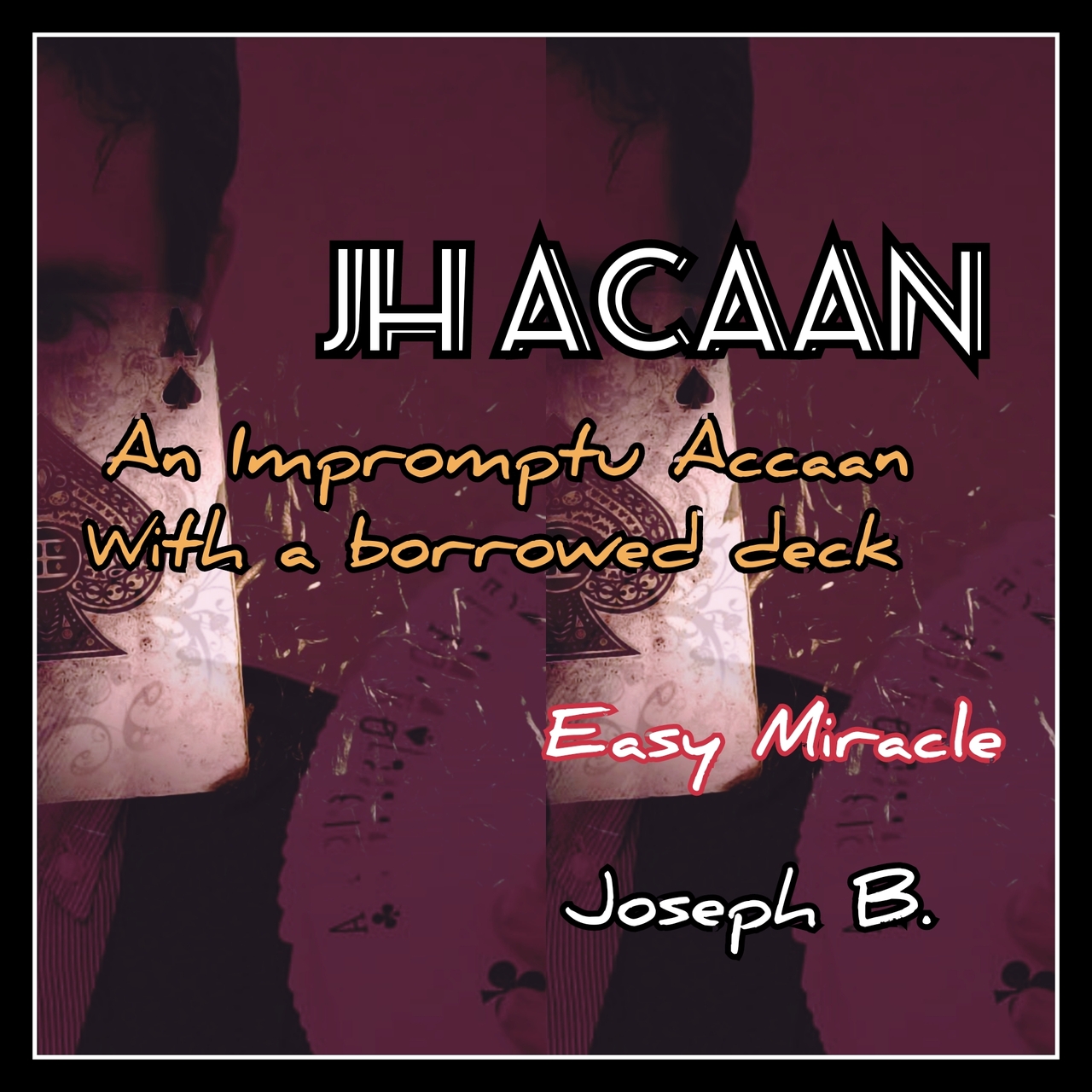 The most interesting elements of this effect are: It can be done with a shuffled borrowed deck. You can do it copletely impromptu
And also any card can be chosen and any number can be named. Really easy to do!
The effect on the spectators is really powerful and the apparent chaos created by the magician will make this experiment with cards more impossible.
Joseph B will explain the principle behind it and guide you step by step in its execution.

You will fool also magicians too.

The spectator shuffles his deck many times and then freely chooses a card! The spectator loses the card in the deck. The magician demonstrates the “drop shuffle” to the spectator by creating more chaos within the deck. In this way, no type of control can be exercised by the magician. At this point the deck is shuffled and reassembled again and … order prevails over chaos: in every possibility the chosen card is at the number nominated by the spectator.

Tags JH ACAAN by Joseph B