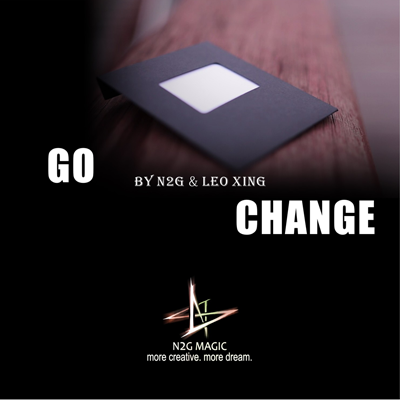 How many card to envelope routines do you already have? Maybe a lot.
How many of them allow the spectator to look into an empty envelope and hold it in advance? Maybe None.

Go Change Main Effect – Card to envelope
You give a spectator a black envelope, inside is a small white envelope. They are both empty.

The signed card from, not just one, but TWO EMPTY envelopes that the spectator held makes this routine even impossible!

Go Change enables you to perform the most ASTONISHING card to envelope miracle ever.
It can be a new treasure to end your ambitious card routine and leaves the audience speechless.

Take a look of the demo video, you can feel how powerful it is.

The bonus effect needs some special setup and sleight of hands. But if you practice and perform it right, it is far more stronger than any simple card to envelop routine.

NOTE: DVD is PAL format and may not play on most standard DVD players. However, this will play on a computer with an appropriate player.