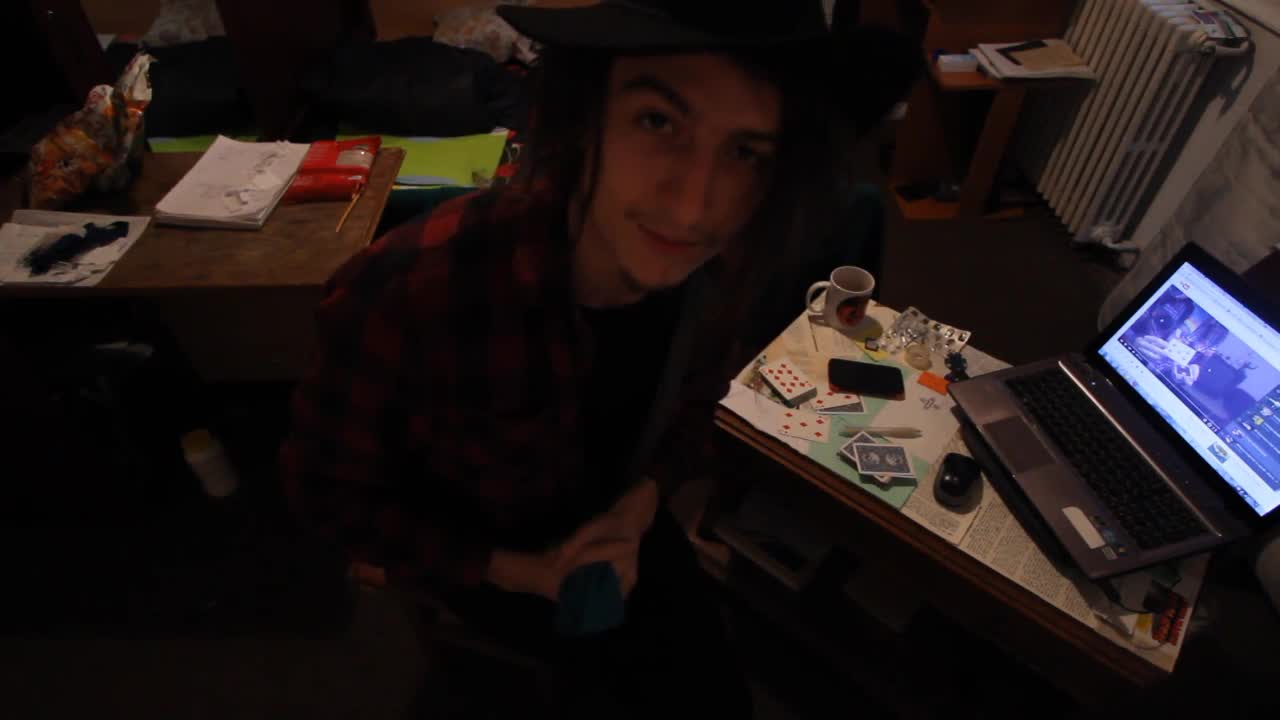 2 HOURS of Sleights and Ideas

Revealing everything from the First Hour of my 365 project.

For the move-monkeys, for the table workers, for those who want to occupy their hands for the next few months, this video will serve good to anyone interested in magic, be it a beginner or an advanced user of the crafts.

This video is both casual as it is serious in the theories and ideas that I bring forth, but keep in mind that it’s me we’re talking about, so you’ll have to expect too much dancing, too much yelling and maybe a bit of moving through town.

I go over patters and HOW to come up with them, magic CONCEPTS and how to TREAT your audience, how I come up with MATERIAL and how you can do the same, besides all the dancing and improvising.

Keep in mind that I do not go in depth into each sleight; I reveal where only a reveal is necessary and I go into depth where I consider it’s worth it.

I teach you the “Choke Sleight” which is accomplished for this transposition, as well as show you other ways to use the technique.

This is an action palm which happens while you swing cut the cards. The card is backpalmed in your left hand.

I reveal this, simply, bluntly, because I think any beginner or magician can figure it out by themselves.

The sandwich uses a bluff technique which I believe some of you will be familiar with. Nevertheless, I teach you my take on it and how I think it should look.

You riffle the deck, show the bottom card of the packet, then in the motion of bring the card to the top you’ve retained two cards.

An use of the Cardini Change during an Ambitious Card Routine.

I get angry during this haha. I teach my Variation on the Bert Allerton move, which is much more natural and accessible than what he’s put out in his book. Once you learn this, you’ll use it every time; a switch, a change or just a great use for control.

The magician waves his fan over the deck and the top card magically changes.

I still think this has potential. Card is sticking out of the deck and with a snap (not a “Snap Change” by Ed Marlo) the card transforms.

Another variation on the Simplefied 3.0 Control.

An application to a move taught by Edward Marlo in his “M.I.N.T.” Series.

Was obsessed with this move for 2 years before finally letting it go. A card is placed on the table and while the magician waves the deck over the card, the card vanishes or changes. Looks amazing when done with multiple cards.