FARO MIRACLE by Joseph B (Video+PDF) 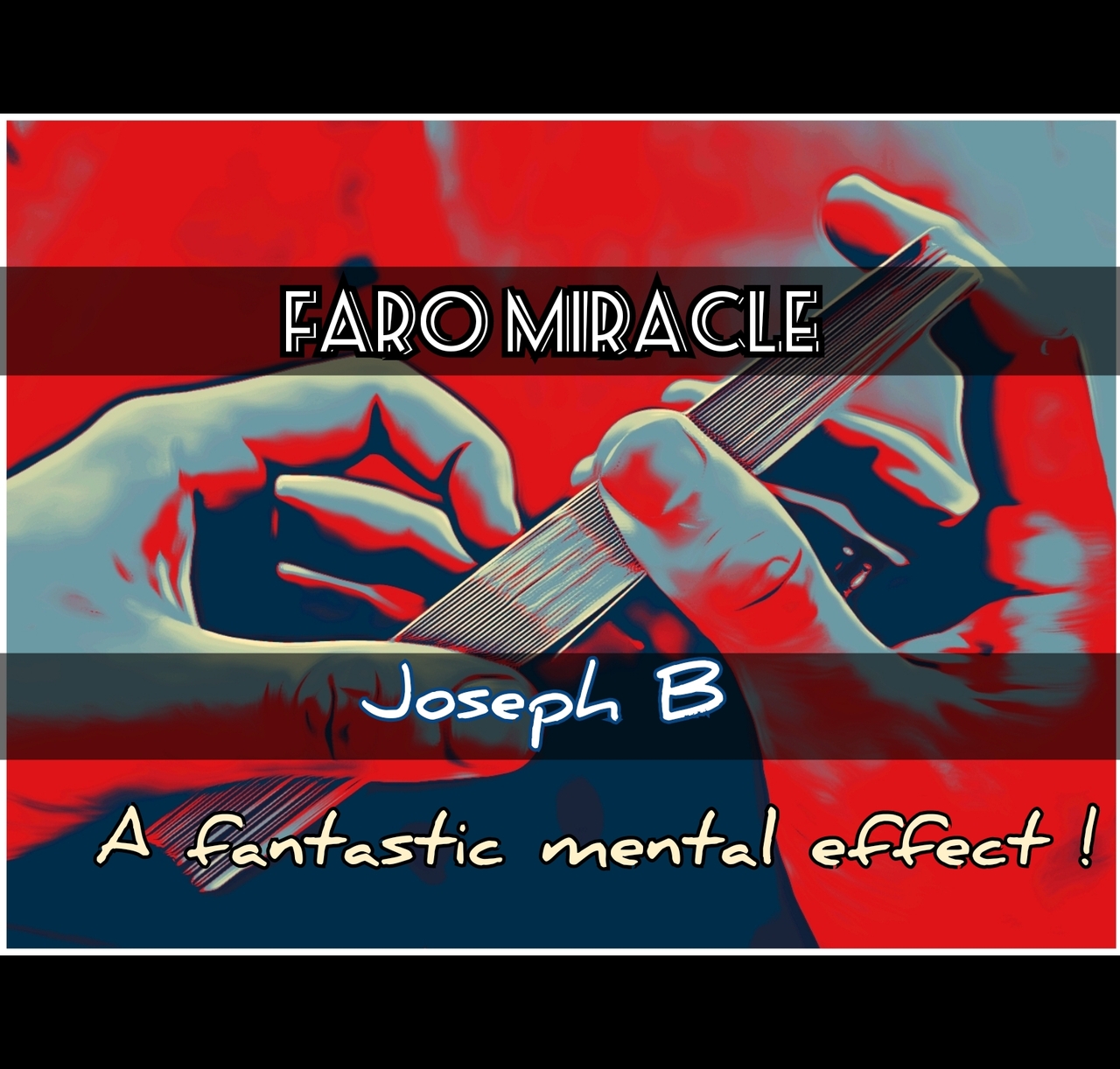 This effect is a masterpiece of mathematical engineering with a sophisticated and devilish method. If you are a fan of the Faro shuffle you will not regret having acquired this gem! A real lesson on the Faro shuffle.
Emanuel R.

This effect is an exception because it requires skill and slight of hand compared to tricks published by joseph B. in the past.

Despite this, if you are familiar with the Faro Shuffle this is the effect for you.

Effect: The magician places a prediction card on the table indicating his lucky number. The spectator thinks of a number from one to ten, cuts the deck in two and takes a number of cards equal to the number he has in mind. He shuffles them and looks at the card at the bottom. Then he loses the packet in the center of the deck. Under impossible conditions the magician shuffles the deck several times and incredibly the top card reflects the number thought up by the spectator. Not only that: the magician is able to establish the exact position of the spectator’s card.
Finally, the magician’s prediction is a four of hearts and actually the fourth card after the spectator’s card is the four of hearts.

Tags FARO MIRACLE by Joseph B