Change for a Five by David Regal 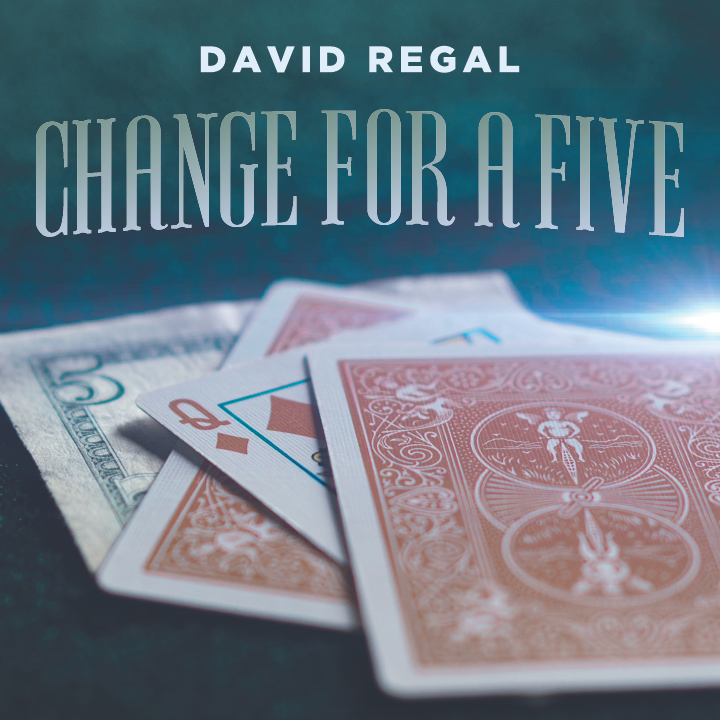 Vernon felt that the Three Card Monte was one of the most commercial card effects in all of magic. David Regal has taken the Three Card Monte plot and given it a kicker that the audience not only doesn’t see coming, but couldn’t even begin to explain. Change for a Five isn’t just Three Card Monte. It’s a fully contained routine with a surprise ending that will fool even you while you perform it.

The magician shows two jokers and a queen while explaining the first time they got taken for a ride with the classic Three Card Monte scam. The first time they lost they owed the hustler five dollars. The second time they watched even closer and they lost another five dollars. The third time the game was played… All three cards are turned over and shown to have transformed into the the five of hearts, diamonds, and clubs. All three cards transform without ever having gone near a deck or in the performer’s pocket. The change can happen while they are burning your hands!

This effect is easy to do, and the gimmicks involved can be constructed in seconds from materials in your own home. The effect requires minimal sleight of hand, and the three-card transformation happens in the open with an exceptionally clever method. David Regal carefully teaches not only the method, but additional concepts that make this not just a great routine but a real fooler. Change For Five will change your Three Card Monte forever.