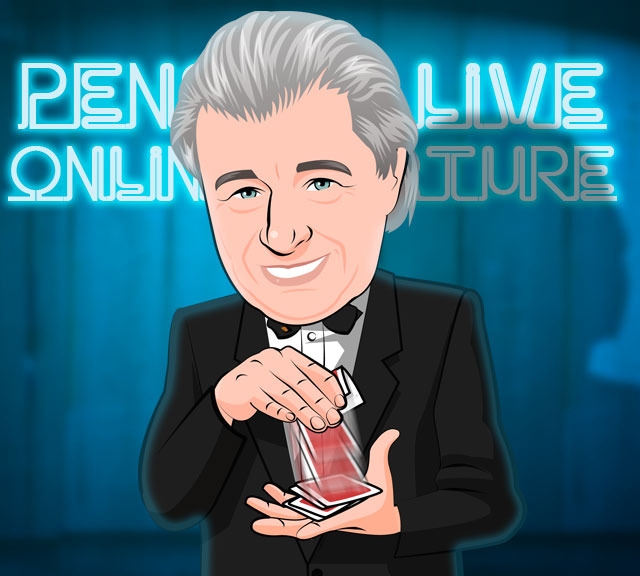 You may have not heard of Bernard Bilis in recent years as he has been busy as a celebrity magician in France wowing people with his incredible, funny, and stunning card and close up magic.

If you want to be fooled, watch the magic Bernard taught years ago on the Stars of Magic DVD highlighting some of his early creations. His “Bilis Switch” may well be one of the most deceptive card switches in magic with so many uses.

Bernard studied under George Proust and subsequently became friends with (and a student of) such luminaries as Juan Tamariz, Fred Kaps, Dai Vernon, Ascanio, Larry Jennings, Derek Dingle and more. Bernard worked as a consultant for Siegfried and Roy. Here is your opportunity to see what these magic legends saw in Bernard Bilis. Here is your chance to see the magic Bernard has used to become part of the magic underground.

Bernard has published two books “Close-Up French Style” and ” French Pasteboards” years ago but has largely kept his incredible magic a secret. Bernard has instead been busy with many TV appearances. In France, Bernard is a household name. He is also busy performing professionally for top celebrities and companies in France and throughout Europe.

Bernard has just filmed a DVD set with Luis De Matos on his incredible magic to be released soon. In 2019 Bernard will be releasing a large new booked filled with his magic. However, in this highly anticipated Penguin LIVE lecture you will learn all new, different magic not taught elsewhere. This is magic not in print, not on DVD or as a download.

From Red to Blacks

…and many, many other amazing close up miracles.

We will try to persuade him to discuss and show some of the many uses of “The Bilis Switch.”

Do not hesitate to watch this master of card and close up magic. You will learn some stunning techniques, great strong magic, and have a great time doing it!