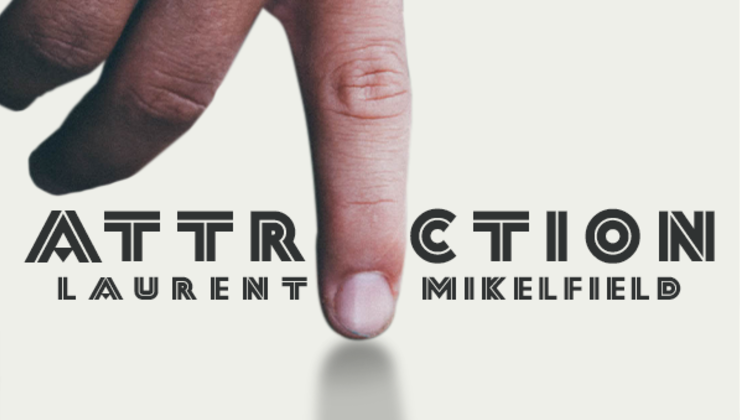 In Attraction, Mikelfield has created a concept that allows a predetermined number of cards to be lifted in a single packet – at the touch of a finger. Gravity seems to reverse for the cards under Laurent’s control, stopped from falling by a single touch.

A card is selected from the pack and signed by the spectator before being returned to the deck. The deck is squared on the table and using just one finger, the magician touches the back of the pack. Instantly a number of cards cling to the fingertip in one packet – it’s this moment that has people reacting even before the performance has finished.

The packet is returned to the table and spread – with the final card left on the deck turned over to show it is the spectator’s signed card. The magician then reveals his prediction of cards in the stack – counting them individually, to show he knew where the selection would be at all times…

This download teaches the concept and mechanics behind the effect, and despite no verbal instruction, each step along the way is clearly and deliberately communicated, making it impossible to go wrong. Laurent teaches his handling of the effect seen in the trailer – but this practical and simple idea could be applied to any number of effects.

The creator of best-seller ‘Smiley’, Laurent’s supernatural feat in Attraction defies explanation. Pick it up now.