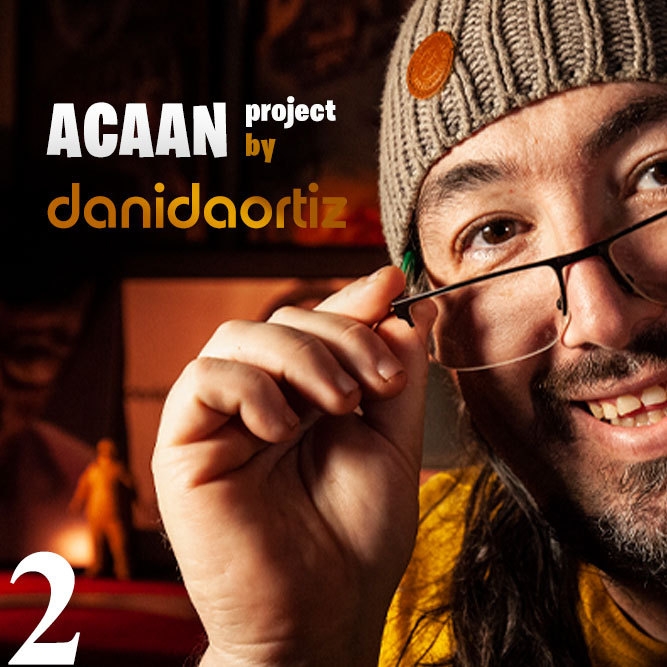 The Impossible ACAAN – With 2 Decks

In lesson 2 of the ACAAN Project, Dani Daortiz begins to take you inside his pillars of magic that allow you to mold your spectator’s mind as though it were clay in your hands. Not only do you learn a two-deck ACAAN routine that can be performed completely impromptu using borrowed decks, but Dani teaches you the important work of spectator management. In the effect this lesson focuses on a small number of cards is taken from the deck and hidden away by one spectator. Another spectator shuffles another deck, selects a card, and it is then thoroughly lost in the pack. The

first spectator brings out the cards they removed from the first deck and adds their values together. The selected card is impossibly found at the same position as the sum of those values.

The lesson, over an hour in length, is focused on audience psychology, timing, and another one of Dani’s signature nearly sleightless Any Card At Any Number effects. Key Takeaways for the student are:

The Question
Undoubtedly, The Question is one of the performance techniques Dani uses to greater effect than any other performer. While so many performers treat a magic trick as something to be performed at an audience, Dani uses questions to not only engage his audience but manage them to create a superlative effect. In this lesson, you’ll learn how Dani times his questions in performance for maximum effect.

The Block Force
Any card magician can force an individual card. Learning how to force groups of cards can open whole new worlds of magic to you. This extremely open and fair way of controlling not only which group of cards a spectator chooses, but how many cards they take, will allow you to perform new miracles with an ordinary deck.

Lesson Two of The ACAAAN Project builds upon the principles Dani has already shared with you while focusing on audience management, psychology, and timing. In addition to learning an amazing two-deck ACAAN, you’ll become privy to some of the secrets that make the magic of Dani DaOrtiz so disarmingly devastating. It’s time to go to school with Dan DaOrtiz in lesson two of The ACAAN Project.