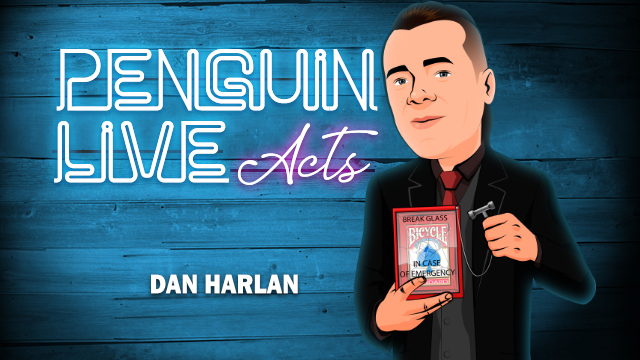 “I’ve been in magic my entire life… I’ve also been International President of the I.B.M., so I’ve seen a lot… and this is the best I’ve ever seen.” -June Horowitz

“Great to have you back for another lecture. Such an amazingly wide variety. In a word – wow!” -Gene Anderson

Nate Leipzig’s Double Reverse- Spectator has half deck, I have half, we each select cards and switch them and return them in each other’s halves, the deck is re-assembled face-up 1/4, face-down 1/2, face-up 1/4, and with one hand everything is straightened out except for the two selected cards.

Poker Demo- I show 4 aces and a king and demonstrate how to deal them from the bottom, then the deck is re-assembled and I deal again quickly ending up with a royal flush.

Win/Win- Two spectators each think of one of fifteen cards, one of them is shown a few and awarded points if he sees his card, otherwise points go to the other person, this is done four times, in the end both cards are found in the locations related to the points earned.

Four Forces- Spectator finds the aces by pointing to one in a face-down fan, saying stop as I run my thumb along the edge, stopping me when dealing from the bottom, and the last one changes magically.

Counting On You- Spectator keeps track of the number of cards by holding up her fingers yet my cards always total four, at the end they become the four threes.

Harlan’s Collectors- Five chosen signed cards are returned in separate parts of the deck and shuffled, the four aces vanish one-at-a-time, and are revealed face-up in the center of the deck with the five cards interlaced face-down.

Dr. Jacob Daley’s Last Trick   Red and black aces shown alternating, I place two of the same color face-down onto spectator’s palm while I hold the other two, the aces switch places.

Immaculate Connection- Three cards are folded, their centers torn out, one is linked onto the other two, unlinked, linked again, torn off, and “restored” back into rings

As you know, Dan Harlan is the host of Penguin Live and mastermind of the Tarbell, Every Trick in the Book series.
He’s also one of the most prolific creators in the world of magic with an extensive background in theater.
One of the most innovative modern magicians, Harlan’s cutting-edge miracles are coveted by discerning connoisseurs of fine magic done well.
Harlan travels the globe performing and teaching incredible magic. Performing, writing, teaching, consulting, creating and lecturing, Harlan does it all.

And in this, his Emergency Card ACT, he introduces you to a few fascinating concepts and obscure principles underlying some of his work.