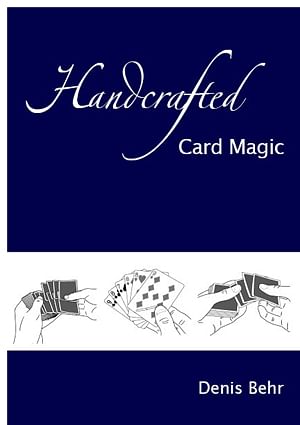 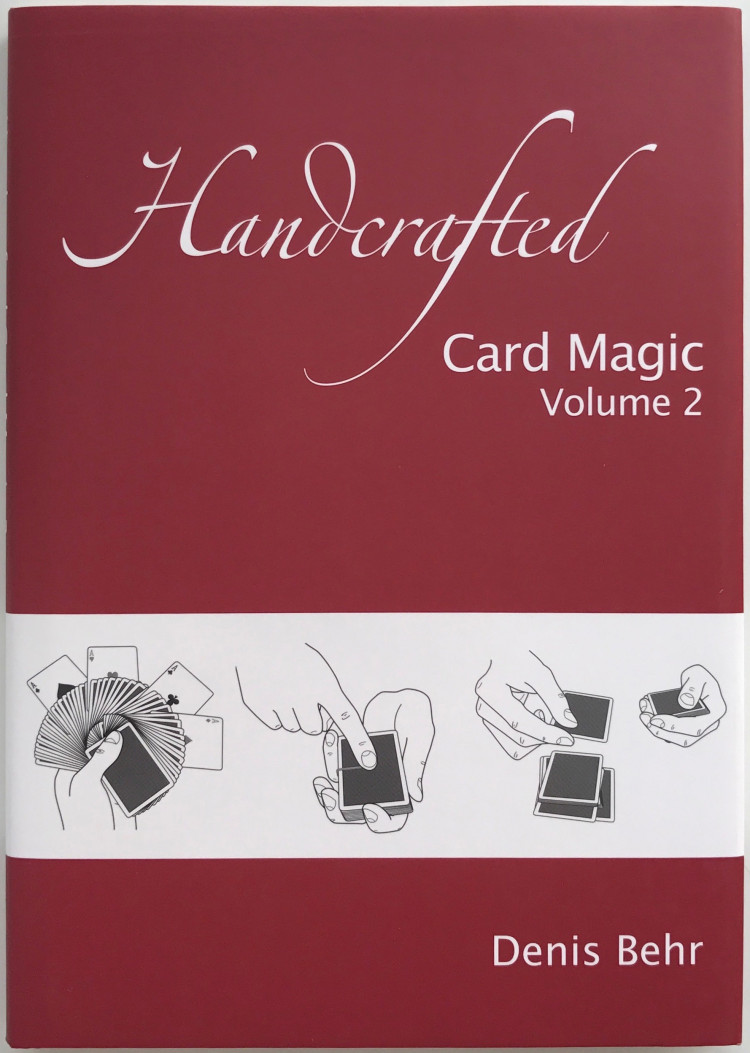 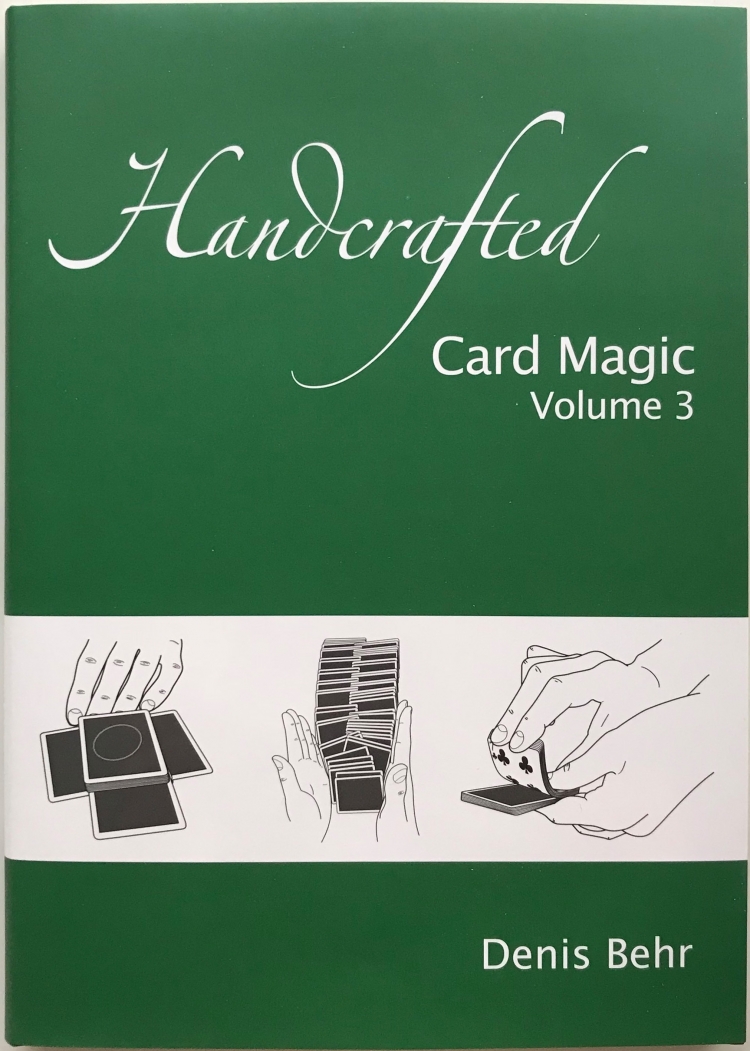 This weekend we had the amazing Denis Behr lecture! if you missed his lecture we have his 3 books Handcrafted card magic volumes 1,2 & 3 available! just click on the links.

Germany’s Denis Behr is often regarded as the finest card technician of his generation. He has massive hands and he enjoys highly technical, smart card magic. He has quietly released three slim but dense volumes of card magic that have garnered universal praise.

“The magic of Denis Behr is spectacular, entertaining, and out-of-this-world mystifying. (A nice way of saying that he made me smile while he fooled the crap out of me!)”

END_OF_DOCUMENT_TOKEN_TO_BE_REPLACED 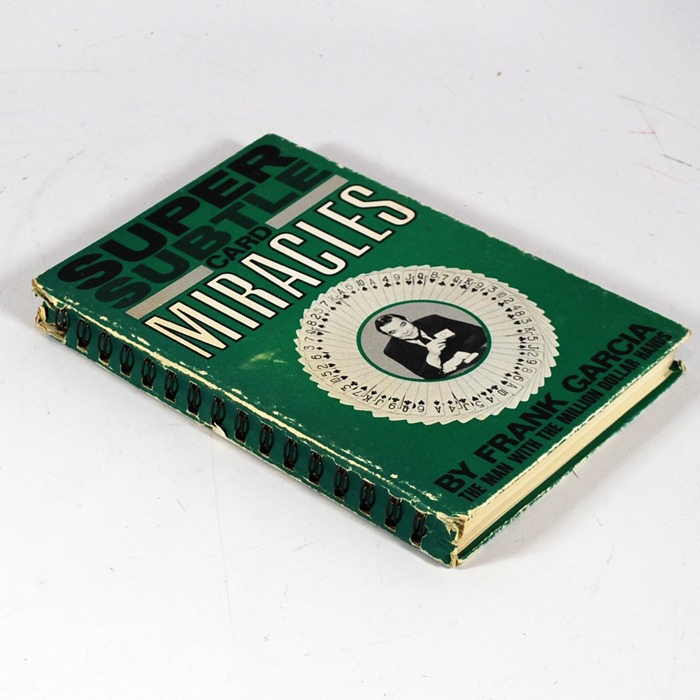 The highly sought after card book by Frank Garcia. This is the original 1973 first edition of this book .Book is paperback and as in many of the Garcia books, the bottom of the spine is gone and the pages are loose. This book has been well read and used.
This paperback boook of over 200 pages contains twelve chapters on card magic including Dynamic Openers, Starling Effects, Aces, Gambling Notes, The Second Deal, Switching A Deck, Garcia’s Notebook, Tomfoolery, Sleights and Controls, Double Lifts, Tribute to Doc Daley, and The Price of the book. Over 75 card items are in this collection.

END_OF_DOCUMENT_TOKEN_TO_BE_REPLACED 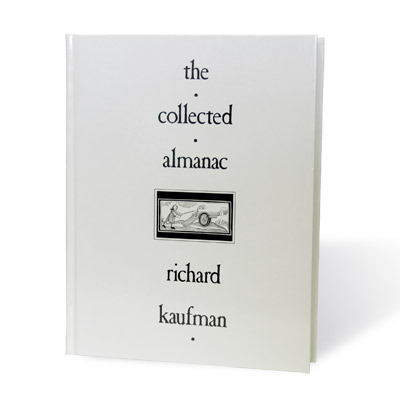 Richard’s Almanac was acclaimed as one of the finest newsletters ever devoted to close-up magic. Its publication from 1982 to 1987 was a highlight in the history of close-up magic periodicals. And now, all four hundred pages of the original newsletter, containing tricks from the greatest close-up magicians of our time, have been reprinted in a beautiful hardcover volume. Richard’s Almanac reveals dozens of brilliant routines from Vernon, Jennings, Slydini, Klause, Racherbaumer, Mario, Sankey, Goldstein, Cervon, Carney, Gallo, and many others, most of which have never ever been published anywhere else! This is the only place you can read them! And it’s a treasure trove of astounding creations in the art of close-up magic.

END_OF_DOCUMENT_TOKEN_TO_BE_REPLACED 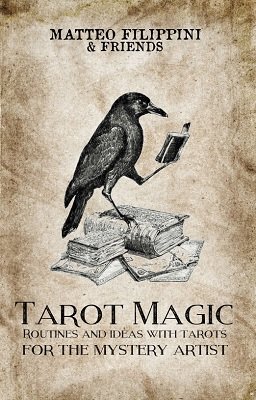 Tarot Magic is an ebook about … you guessed it, magic with tarot cards.

Matteo Filippini, Italian musician and mystery artist, provides his view about it.

Between the pages you will find suggestions, hints and tips to include this magical tool in your performances.
The second part of the ebook features several routines with a tarot pack from Matt and a bunch of friends. Whether you are a magician, a mentalist/mindreader, a bizarre magick performer, you

END_OF_DOCUMENT_TOKEN_TO_BE_REPLACED

For centuries, rope tricks have been staples of the magician’s repertoire. Surprisingly, many of the best ones are self-working, meaning they do not require unusual dexterity or long hours of practice.

This excellent guidebook, written by one of today’s foremost authorities on magic, presents 70 of the best, most amazing self-working rope tricks ever devised-tricks that amateur magicians can master in a very short time.

END_OF_DOCUMENT_TOKEN_TO_BE_REPLACED 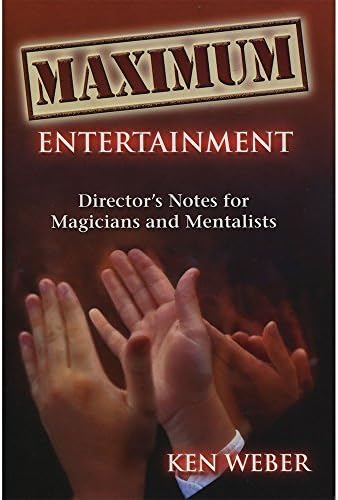 There are no tricks in this book, but its loaded with secrets! The most important secrets- techniques for mastering your audience!

END_OF_DOCUMENT_TOKEN_TO_BE_REPLACED

Miscellanea is a collection of bits and bobs from my laptop that I got printed and bound for Mind Summit, 2016. It’s mostly theory, and it’s mostly mentalism, and it’s very often both, so if neither of those areas particularly floats your boat, you’ll be much better served buying a different pamphlet from another magician.

I do, however, write about stuff that’s important and worthwhile to me: overused and thoughtless lines in magic, the abundance of words in most mentalism shows, ensuring the memory of a