Band on Fire 2 by Bacon Fire and Magic Soul 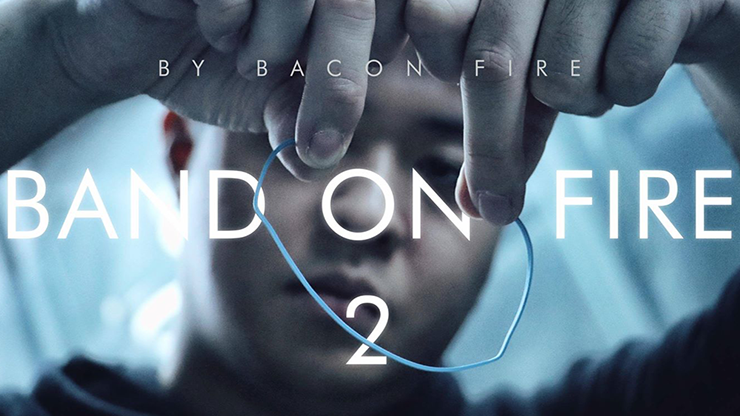 “Inheriting the visual shock of the first episode, the new six strokes of rubber band killing”

In December 2017, the emergence of the first version of Band on Fire injected new energy into rubber band magic. The visual innovation was widely praised by all walks of life. One of the works, “CUT”, is even listed on the platform of the internationally famous magic company, Ellusionist.

Now the second version will continue with the advances of the first version. The new six strokes of rubber band magic are dedicated to everyone here.

Carefully designed finger escape. The audience can very clearly see the trajectory of the rubber band wrapped around the finger, but the finger escapes more than once. The combination of being visual, interactive, and misleading, is a complete yet small process. The creator, Bacon Fire, said that this is his most satisfying creation in the fascinating second episodes.

Finally dreams come true wearing a pen system. How lazy — the rubber band does not even have to take it off the wrist. As long as it is opened, it can penetrate. You will learn three ways to penetrate. It seems like a special effect!

“Lazy/Lazy” is a kind of rubber band magic operation concept of the author, Bacon Fire. I hope that the rubber band can still get a lot of magic without taking it off the wrist! This is a starting point for a lot of effects, and this Lazy X is one of them. It is the predecessor of Lazy go, said to be a significant move.

On the index finger and the ring held in the palm of the hand, these are instantly exchanged like a discoloration. The ingenious combination of the rubber band and the ring makes the eyes shine.

Reinterprets the classic effect of broken ribs reduction with a new operation and packaging method. Almost invisible setting action, as if the rubber band had a precise dark door. It will open with a click, and no abnormalities will be detected after the restoration.