Think of One by Allan Kronzek 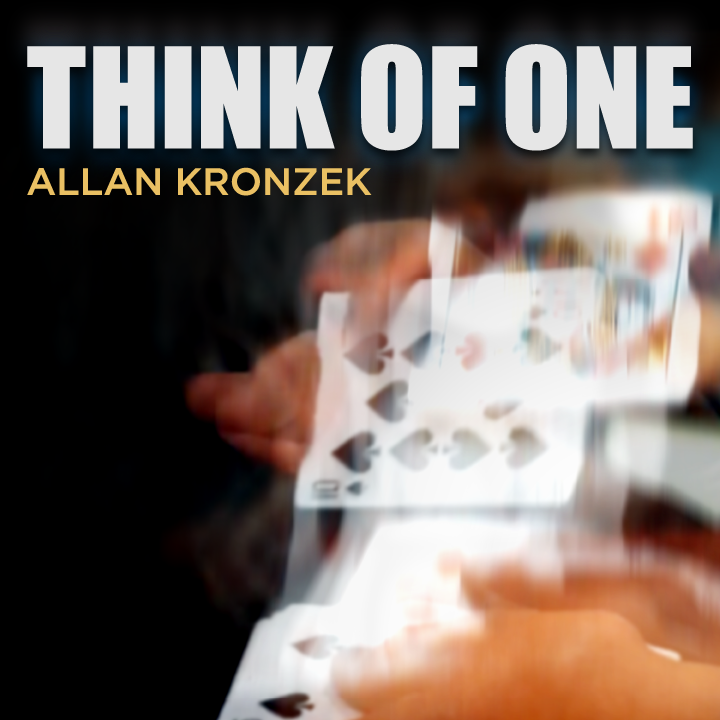 “A clean revelation of a genuinely thought-of card, ‘Think of One’ is no doubt a modern classic. Allan has deviously constructed this trick to do the work for you. Even better, regular deck and not one move. Loved it since he got me years ago. Don’t pass up this one … or someone will fool you with it!” – John Bannon

Allan has developed a sophisticated presentation for an incredibly deceptive and direct way to reveal a thought of playing card. When the team at Penguin Magic first saw it at the prestigious 4F convention they were completely fooled. This can be performed with a borrowed and shuffled deck and is in a single word astonishing.