The Five Acts by Nicolas Pierri 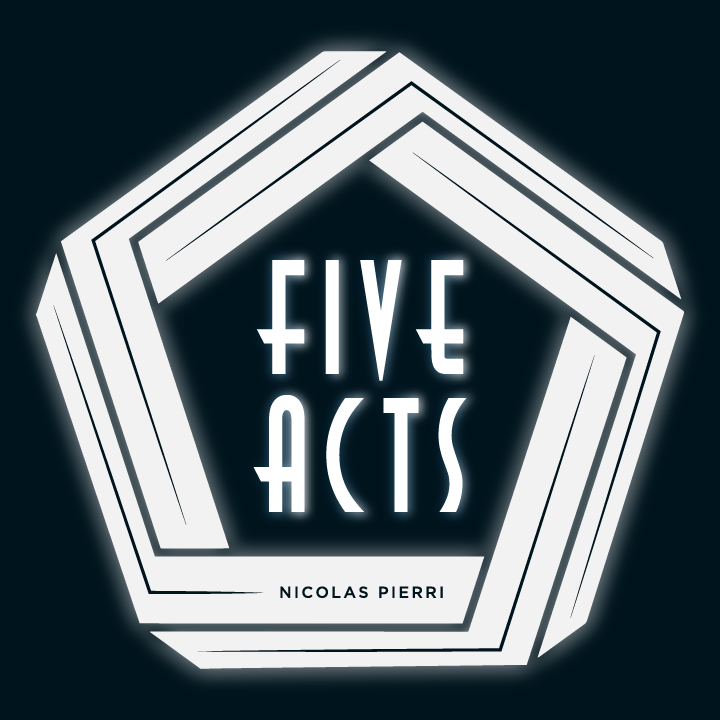 “Nico’s magic is a reflection of perseverance, simplicity, beauty and good taste. And “Five acts” is a perfect example of that. I love it!” – Dani DaOrtiz

“I met Nico for the first time at the FFFF Convention in 2019 and we stayed up almost all night sharing ideas. It is obvious when you meet Nico that he is passionate about his magic and it shows in his performances. In “Five Acts” Nico has taken a simple idea in card magic and created a strong routine around it. The teaching of the routine is very well done and I believe that “Five Acts” is a worthy addition to have in your arsenal.” – Gary Plants

“Nicolas Pierri’s offering to the community provides a fresh take on a classic plot with simple and approachable methodology. If you can remember a script, you can perform this effect.” – Christopher James Rose

“Nico is that rare magician…with original magic as ingenious as it is entertaining, and as heartfelt as it is fooling. I love watching him work…for real people, especially. They LOVE his poetic brand of magic. And when it comes to his faro work…watch out! He’ll fry any magician – I’ve seen him smoke roomfuls – and it’s entertaining to boot!” – Will Fern

Latin American FISM Prize winner Nicolas Pierri presents a fun and easy to do card trick where the audience loses their own card in the deck before finding it themselves in The Five Acts. This easy to do card trick is deeply fooling with a presentation that has comedy built into it’s psychology.

1. The spectator freely shuffles the deck,
2. and then select any card they want.
3. The card is lost in the deck
4. then cut three ways and reassembled by the spectator.
5. A second spectator names a number, which they then deal down to and find the selected card.

There really are no gaffs, and this can be performed with a borrowed shuffled deck that doesn’t even need to have all the cards! In addition to teach a variety of handlings Nico goes into his philosophy around not just how this effect is constructed, but the symbology he has infused into the routine. Grab a deck and prepare yourself to perform The Five Acts.