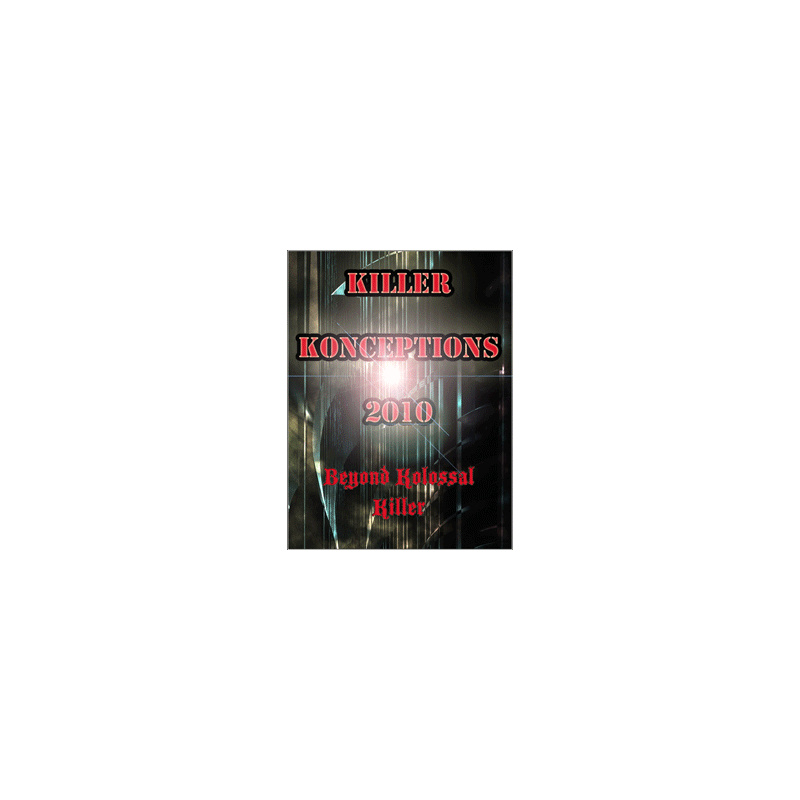 “How on earth did you ever manage to top yourself and Killer? Fantastic!”

“Any number of these routines alone is worth the price you are asking. Are you trying to make Magicians seem REAL again? You’re doing one heck of a job!”

Just when you thought it was safe to put away your wallet… Fans of “The Original Kolossal Killer” – look out!

That’s what people said about the original Killer Konceptions back in 2000. Back then, Konceptions was only 30 pages long and sold for $40, and everyone was thrilled.

It’s baaak…and better than ever!

Kolossal Killer has been touted as one of the true classics in mentalism and magic. It is the standard to which all others aspire.

Killer Konceptions 2010 bumps Kolossal Killer up to the next level.

Killer Konceptions 2010 begins with the out of print $40 Killer Konceptions manuscript. Then an additional 70 PAGES MORE of completely new material, classic routines, breakthroughs, psychological forces, ploys and more are revealed. That’s seventy pages of material not seen before. (NOTE: This does NOT contain the original Kolossal Killer manuscript. That may be purchased separately on our website, also in download PDF format.)

Here is a sample of what is in this remarkable work:

PLUS sections on new tips, wallet arrangements, no wallet versions, mental force versions, and a ten page BONUS SECTION FOR NEW COMBINATIONS OF KILLER WITH K.E.N.T. too.