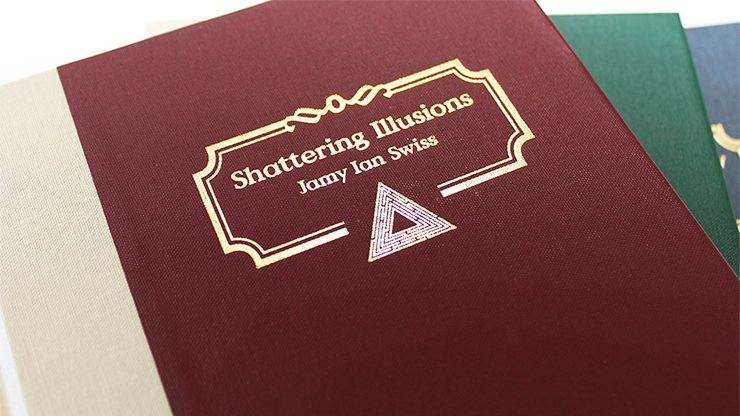 With 2001’s Shattering Illusions, Jamy Ian Swiss cemented his role as magic’s preeminent essayist. Perhaps no book ever written on the subject of magic has been so controversial and debated as Shattering Illusions, and it remains relevant and topical today. This book is a neo-classic and worthy of careful study.

Long out of print and on virtually every “must-read” magic list since its first printing, Shattering Illusions is finally available again, in a brand-new edition that features a new cover design and layout.

Shattering Illusions contains twenty essays that will reshape the way you think about magic. Jamy Ian Swiss examines why we do magic at all, what it means to be “commercial” in magic, what makes for good and bad magic, why critics and the public hold magic in such low regard, and much more.

“Jamy Ian Swiss is an esteemed colleague, a terrific performer, and someone who cares very deeply about the art of magic… For Mr. Swiss, complacency is not an option… Shattering Illusions contains no tricks, but it contains many of the real secrets of successful magic… Shattering Illusions is an important book. Buy it. Study it. Think about it. You’ll be a better magician for having done so.”
– Michael Close, MAGIC, November 2002